Congratulations to the Ladies Minor Football team who put in a sterling performance on Saturday against Na Fianna in Bray.
It was certainly a game of 2 halves with the blustery winds having a big part to play. Cuala started at blistering pace with an early goal from Blaithin Lane and the textbook football from  the team with their passing, point taking and off the ball running a pleasure to watch.
The standard of point and goal scoring had the large Cuala crowd in great voice and the girls went into the break with a substantial lead.
The second half was a much tenser affair and needed some spectacular goalkeeping (including a penalty save) from Clodagh Sheehan. The girls should their true spirit and battled on wit man of the match performances all over the pitch.
The final score was 3-13 to 3-10 and a very proud Cliodhna Kelly lifted the shield on behalf of her team. 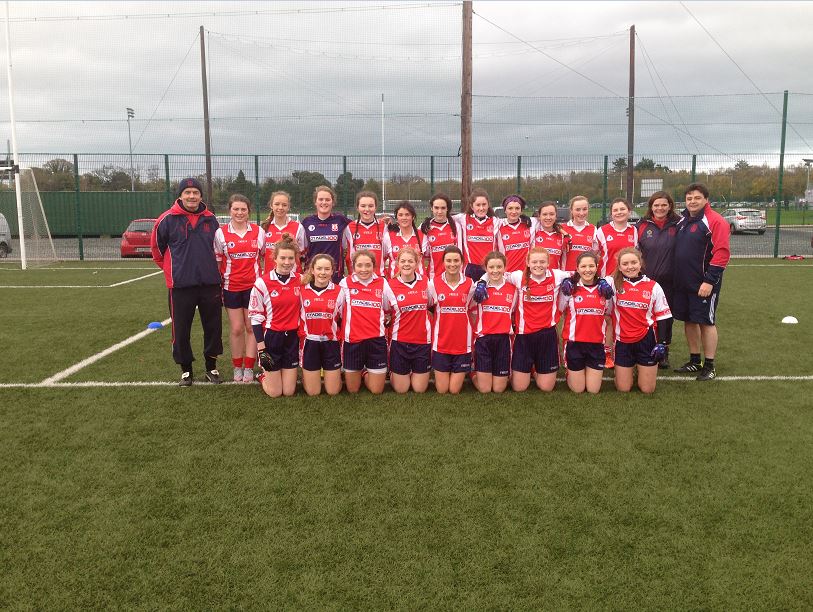