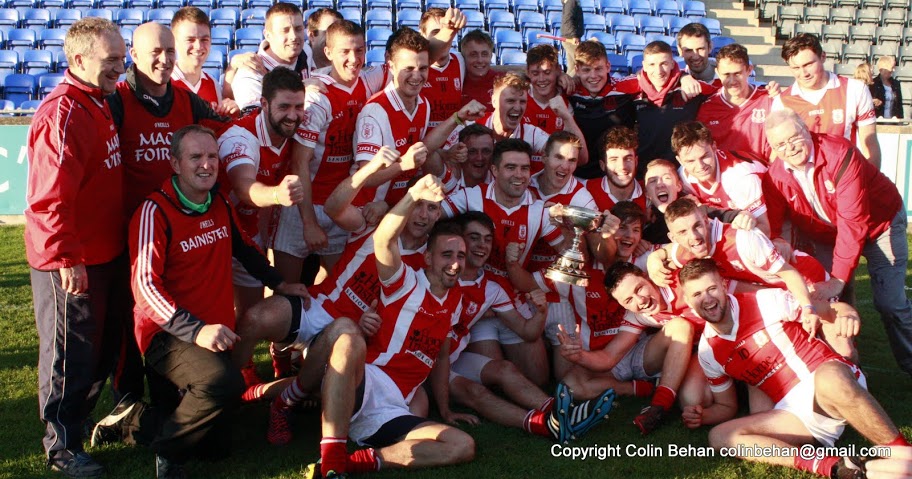 On a beautiful sunny evening in Parnell Park last Saturday, the hurling matched the weather,  with some fantastic hurling played by our Junior As on their way to a county title. While Scoil Ui Chonaill would have excelled at this level over the last few years, this was a new Cuala outfit,  combining the best new young talent  and some of the club stalwarts into a formidable outfit. And non other than young Con O”Callaghan showed his class scoring 3-6 in a blistering display of speed and skill at full forward.

The game started reasonably evenly  with the teams trading scores as both sides  were probing each others defences. But Cuala were looking more dangerous. Scoil scored a goal in the 14th minute and looked like they could kick on but O’Callaghan got the next ball and ran straight at the Scoill defence and giving the keeper no chance. Points were added by the hard-working Eoghan Breathnach and Shane Murphy from mid-field with Naoise Waldon landing any placed balls.  Once again before half-time, O’Callaghan struck. The Scoil full-back line could not handle his pace and he once again collected, turned and drove straight for goal. Half-time score 2-8 to 1-4.

To be fair, Scoil never gave up and manfully tried to get a foothold but the Cuala defence  was rock solid and returning every ball with interest. Once again on the 41st minute O’Callaghan struck this time showing his football prowess and booting the ball to the net. The game was effectively over. Scoil got two late consolation goal  but Cuala were always in control with Eoghan O’Naoire coming off the bench to score 2 fine points. Final score 4-22 to 3-8.

It was great to see club stalwarts Bobby Brown and Davy Cunningham final getting their hands on a trophy after many years of service. It is fair to say that every single player made a strong contribution on the night and the subs and bench had played their part in previous rounds also in several tight games (against St. Marks, Kilmacud Crokes in particular).

The low number of frees will tell you that this was a fine sporting game and we congratulate Scoil Ui Chonaill for their sportsmanship. Scoil will now represent Dublin in the Leinster Junior championship (as Cuala are a senior club) and we wish them the best.