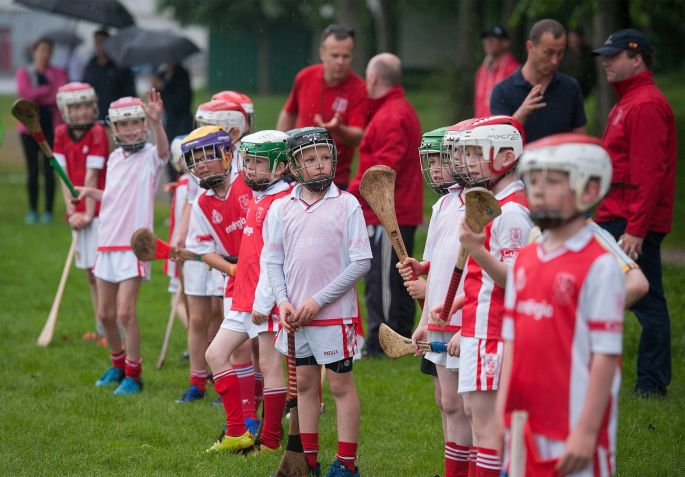 The whistle has sounded, and Cuala GAA club in Dalkey, Co Dublin, has been chosen as the Irish Times Best Sports Club in Ireland. It wins the €5,000 donated by the competition’s sponsor, the National Dairy Council.

A runner-up prize of €1,000, also provided by the dairy council, goes to Killarney Football for All, a soccer club in Co Kerry that provides sporting opportunities to children with special needs.

The Irish Times announced its search for Ireland’s best sports club in April, inviting readers to nominate their club. Over a month almost 3,000 people nominated close to 2,000 clubs. Our three judges – the Grand Slam-winning rugby player Fiona Coghlan, theIrish Times online sports editor, Noel O’Reilly, and the GAA journalist Jerome Quinn – had to keep their eyes on the ball at all times.

They reduced the entries to a list of 20, which our researchers then visited for a closer look, before announcing a shortlist of five: Killarney Celtic Football for All, in Co Kerry; Plurabelle Paddlers dragon-boat racers, in Dublin; Larry’s Kickboxing Club, in Co Carlow; Derry Swimming Club, in Derry city; and Cuala.

Why did the judges chose the Dublin GAA club over so many other deserving competitors?

“Cuala is the model. What they do, they do it the best,” says Quinn. “They are one of the biggest clubs, but it’s not just about the size. Cuala taps into the whole surge in Dublin GAA: football, ladies’ football, hurling, camogie. The whole county is doing well, and Cuala, although it is not one of the traditional powerhouses, is making a serious contribution to that.”

It’s not just about sporting achievement. Cuala also has 1,200 child members. “The difference Cuala is making to all those kids’ lives, I think it’s a very special project,” says O’Reilly.

Coghlan says the judges found picking a winner extremely tough. It got even tougher as they neared the finishing line. Yet they all agreed on the final result.

Coghlan was particularly impressed with the commitment of the winning club’s volunteers. “Cuala could have 1,200 kids out every week, and if you’re organising matches for them that’s not easy: that’s a machine. Yet even though it’s suburban Dublin, and it is huge, Cuala has that parish feel.”

At Cuala last weekend the sun is shining, the grass is mown, the noise is mighty. Ken FitzGerald, one of the coaches, is surrounded by tiny hurlers. Some hang on his every word; others are hacking holes in the turf with their hurleys.

“We’ll say two things to you during the game,” Fitz says. “Tackle and big swing.” He is kind and engaging and doesn’t need to raise his voice to get the attention of the tiny grass hackers. The children, who range from four to six, listen to his questions.

“What will we do if someone tries to tackle us?” asks Fitz.

“No, not break their heads,” says Fitz, but his advice is lost in laughter.

Now that Cuala has been chosen as the best sports club it looks as if public relations officer Michael Walsh’s job has been done. Yet he is still out batting for his team. Why is Cuala the best club in Ireland, we ask Walsh, who has his eight-year-old son, Lochlann, at his side.

Hurlers and camogie players might disagree, but all Cuala members agree on one thing: this is the Best Sports Club in Ireland.