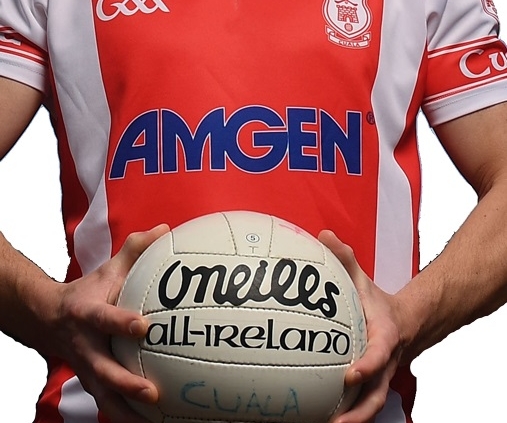 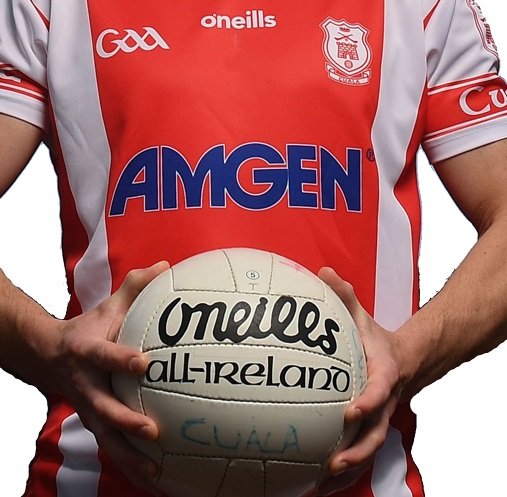 Cuala got their quest for promotion from AFL4 off to an impressive start on the first day of March with a convincing 2-13 to 1-5 victory over Garda at a blustery but well attended Bray. While Denis had put paid to the scheduled first round of league fixtures completely, Jorge settled for making playing conditions difficult. But the Cuala lads showed great game management to outscore the opposition while playing into the teeth of the wind in the first half before driving home their superiority in the second thirty minutes.

Cuala started on the front foot. The mobility of Matthew Kiernan and Jack Twomey at midfield allowed Cuala to dominate possession. Against the elements, scores were hard to come by but intelligent handpassing and judicious use of the kick pass with Ruaraí Sheanon and Oisin Murphy to the fore meant that the boys in blue were preoccupied with containment rather than making use of the elements.

After conceding a couple of long-range scores, the busy and effective Conor O’Brien got the Cuala scoreboard moving and this was quickly followed by another from Ryan Scollard. Another flowing move midway through the half saw Daire O’Callaghan notch the goal that put a fairer reflection on the scoreboard. The team kept their shape and continued to have the lion’s share of possession. At centre-back, Eoghan Breathnach’s dominance provided the perfect platform which allowed wing-backs Liam Boland and Dan Bailey to drive forward which they did to great effect. On one of these raids, Bailey fisted a neat point and O’Brien closed out the half with another well-placed effort. A great all-round display, which even included a roulette turn and pick up which drew gasps of admiration from at least two people in the crowd, saw the half time team talk to take place with the score Cuala 1-4, Garda 0-4.

The second half challenge was to continue with the intensity and work rate that had characterised the first half while being more prolific in terms of adding to the scoreboard. The red and white jerseys pushed up the pitch and dominated An Garda kick outs hemming them in for long periods.  O’Brien (3), Scollard (2), Murphy and Peter Jackson all tagged on points as the Cuala lads turned the screw.  The central diamond of Kiernan, Twomey, Breathnach and Scollard commanded the central area. Our half backs and half forwards were winning the breaks and our mobile forward line was proving hard for the opposition to handle. The full back line of Darragh Collopy, Neil Sullivan and Luke Allen kept things tight at the back, frequently beating their men to the ball or dispossessing them as they tried to run at the defence. Behind them, Darragh O’Reilly was assured in his handling and his clearances inevitably found Cuala hands to provide the launchpad for further attacks.

The substitutes who joined the fray injected fresh energy and purpose with Tom Magee adding two long range scores. James Murphy provided a focal point for the attack on his arrival and Dan Keating got on to the end of another great team move to finish coolly to the net. Donal Lane and Dan Drummond took over the mantle of wing-back marauders and they ensured that there was no respite for the beleaguered Garda backline. To their credit the visitors kept plugging away and nicked a goal at the end leaving the final score Cuala 2-13, Garda 1-5

This was a really impressive performance and a flying start to our league campaign. However, the squad know that it’s only a start. The season is a long one. There are areas for improvement and things that can be worked on and refined in training. The resolve is there to do that work and we look to the season ahead with great anticipation.