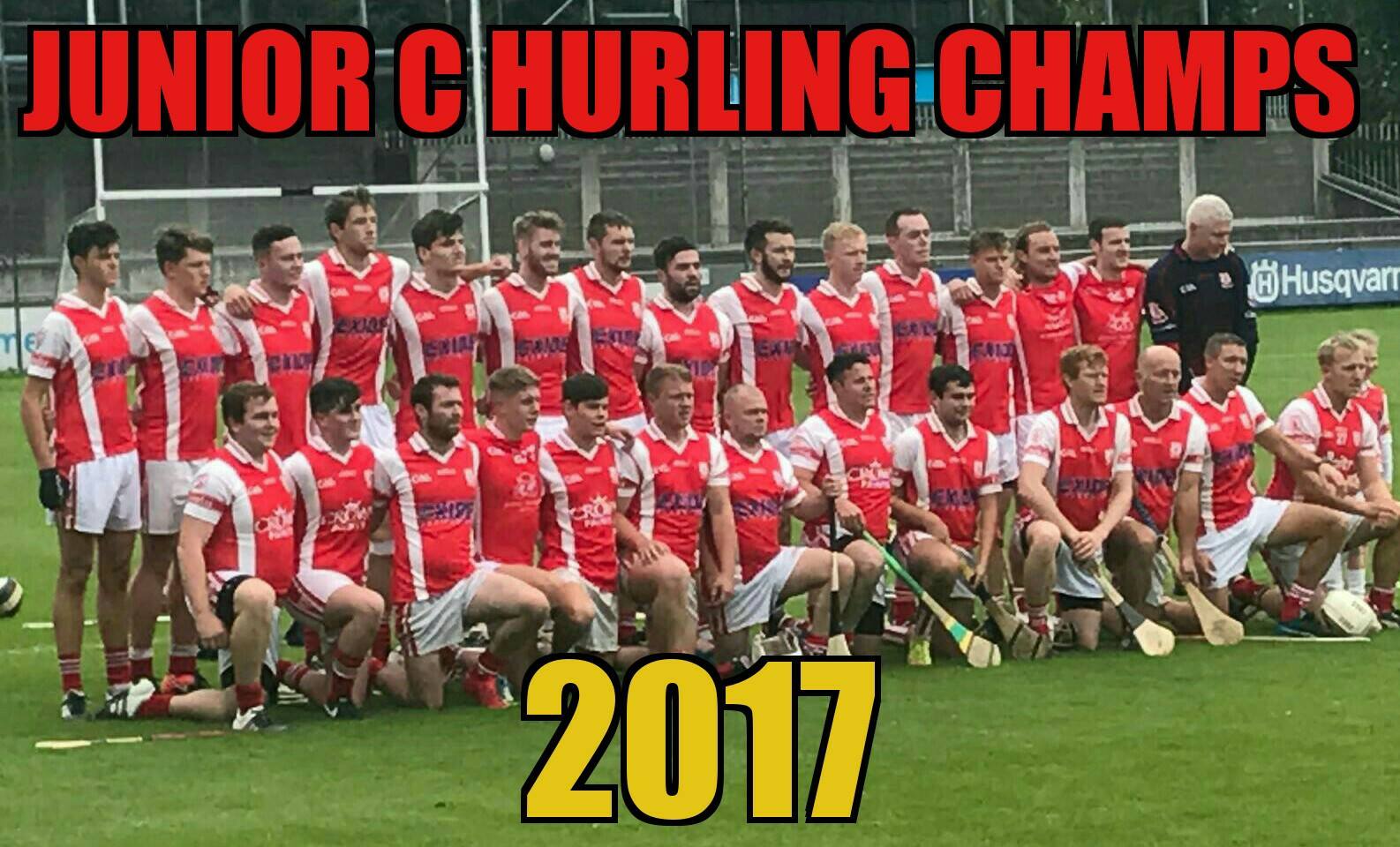 End of summer, Horse Show over & the Rose of Tralee a distant memory. Only the All-Ireland Hurling Final and the All-Ireland Grassketball Final left to be played! First week in September and the Junior Hurling Championship Finals are upon us before the winter sets in. Cuala stand proudly unbeaten on top of Div 6, Realt Dearg top of Div 5 – something has to give. The Team was ready. A dozen 1998 Minors and a few ‘old hawks’ primed and ready for the fray. Dayo on the line “Dalo-like” was prowling up and down in his Bainisteoir bib. The exocet missiles were primed in nets. Rumour had it that John Costello had been asked to erect a glass “Davy-box” in the back of the stand for Finbarr! Cuala were immense from the start. Their half-backs Hayes, Lonergan and Murphy were the key to success. They snuffed out the Realt attack by hooking and blocking everything that moved. Lonergan was sublime in his distribution and opened up the Realt defence with intelligent delivery. Murphy and Hayes were pillars in the defence. Cornella and Hartnett played their hearts out in mid-field and contributed 3 points between them from distance. Hartnett was particularly effective in holding the middle and wouldn’t be pushed around. He plugged gaps and stopped any momentum from the Dearg mid-field. The ‘Little General – ‘Napolean’ Lane – playing sweeper orchestrated the game like a musical maestro. He has a knack of seeing where the break-ball will drop and has the cleverness to use possession wisely. His goal followed a 40m charge through the middle, a dummy pass to Wolly and an Austin Gleeson downward finish. His goal sucked the wind out of the Realt Dearg players. O’Drisceoil, O’Farrell and O’Tiernaigh at the back were holding their opposite numbers and managing everything that was thrown at them. But it was the Cuala half-forward line that really impressed. Nash and Murphy in particular were fielding the exocets from O’Brien and turning to run on goal. If uprooted, Murphy would slot the resulting free with imperious ease. Their link play and passing was sublime and would grace any hurling field in the country. Between them they would clock 10 points. The teams went in for the oranges with Cuala in control1-8 to 0-6.

Cuala nearly forgot to come out after the interval. Realt decided they weren’t going to lie down and scored 1-1 within 3 minutes. A high speculative ball was batted down by ‘evergreen’ O’Drisceoil at full-back but wasn’t cleared by his defence and ended up in the onion-sack. The puck-out was turned-over and an immediate point took the difference between the teams to the minimum. But Cornella hit a beauty from mid-field to stem the flow. Hartnett dug out a second and O’Brien launched a free into the golf-course from 85m. The introduction of young Fionn O’Drisceoil 4 minutes into the second half paid dividends. He locked onto 4 balls and created 4 points. Murphy eased the pressure with three more frees and Lane clocked over his third score to put distance between the sides again. The cross-field pass from Emmett Murphy to put him clear was a thing of sublime beauty. Dearg were getting frustrated at the end and couldn’t bridge the Cuala defence. Tempers flared and a Red was flashed. Woolly was always battling three defenders but finished off a great display with a lovely individual point. Final score, Cuala 1-18, Realt Dearg 1-13. A very impressive achievement from a very committed panel of players and a seriously effective management team.

Next up: One more win in the League and they secure a magnificent League and Championship double and promotion to Div 5 next year.