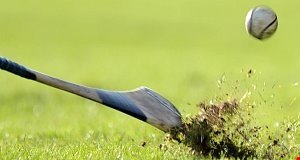 Following on from their first round tie with Kilmacud, Cuala maintained their championship unbeaten run with an impressive performance against Ballinteer St.John last Wednesday evening at O’Toole Park. From the off, Cuala played with fierce determination and despite some good defending by Ballinteer, Cuala began to find their men around the field and to build up the scores. Cuala built on their lead further when mid-way through the half the Ballinteer goal was breached by a Mark Schutte strike. In defence, Cuala contained the Ballinteer threat throughout the first half with commanding performances from Oisin Gough, Ross Tierney, Sean Moran, Sean Brennan, Cian O’Callaghan, Simon Timlin and John Sheanon, restricting the St John’s attack to just 5 points from placed balls and providing the platform for Cuala’s 1-9 tally at the break. The second half proved pretty much to be the same as the first, as Cuala extended their lead further with well-taken scores from Mark Schutte, Colm Cronin, David Treacy, Darragh O’Connell, Jake Malone, Sean Treacy and Nicky Kenny to keep the scoreboard ticking over in their favour. David Treacy was on form in the free-taking department and when he was fouled close in on the Ballinteer goal, he stepped up to tag on Cuala’s second goal of the night from the resultant placed ball. Further points from defenders John Sheanon and Simon Timlin completed Cuala’s evening on a scoreline of Cuala 2-20 Ballinteer St John’s 0-7. Cuala next face St.Vincent’s in their last qualifying game in August.

Cuala travelled over to Erin’s Isle C.L.G. for their 2nd round encounter with a team two divisions higher than them in the league. Having already defeated St. Kevins in a close-run game in the first round, this fixture also represented a significant challenge for the Dalkey side. Isles started the better of the two teams and tagged on the first score of the game. However Cuala soon settled and in what was a robust affair, both sides traded scores. Naoise Waldron was superb from the placed ball and his distribution play was also creating chances for Cuala, however both sides were evenly matched on the scoring front. Midway through the first half, Isles had a man shown a red card and although it took a while for Cuala to exploit the extra-man, this was a crucial factor as Cuala began to find the gaps with points from Andrew Murphy, Eoghan O’Naoire and Naoise Waldron to lead at the interval by 2 points. Half time substitutions for Cuala saw the introduction of Luke Keogh and Cillian Sheanon to the forward line and it wasn’t long before these two front-men combined with Donal Lane, in a great move to rattle the Isles net. Sheanon was soon on the scoresheet again with a goal and 2 points of his own, and with Stephen Butler coming out of his goal to tag a further 3 points from placed balls, Cuala soon built up a commanding lead over the opposition. Isles were not done however and despite fine performances from Cuala backs Niall Keane, Mattie Higgins, Jack Lahert and Karl Schutte, the Finglas side found the Cuala goal twice in relatively quick succession. Cuala made further substitutions with the introduction of Justin Byrne, Conal O’Kelly and David Ryan and with strong performances from Keogh, Niall Carty and Shane Murphy at centre-field, Cuala extended their lead with further scores from Byrne, Waldron and O’Naoire. A late consulation goal saw Isles narrow the final margin, however Cuala ran out convincing winners and now look forward to their next group-stage tie against Thos Davis in early June.