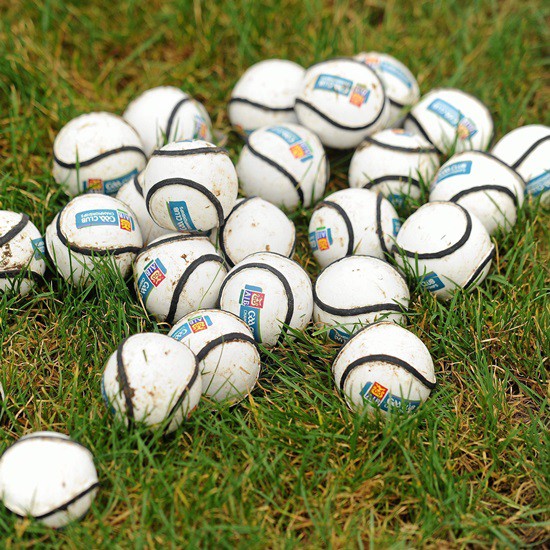 Cuala had a busy set of games in the AHL1 this week. On Wednesday 18th , Cuala travelled to Collinstown to face Na Fianna in a top-of-the-table clash. This was a fitting inaugural game for Na Fianna’s new pitch at Collinstown, with both sides evenly matched in a sporting and closely-contested encounter, which saw Cuala emerge as eventual winners by the narrowest of margins. The game was evenly poised throughout, though Cuala pressed hard for goals in the early stages of the first-half, only to be denied on three occasions by some fine Na Fianna goalkeeping. With both sides trading points, the 1st -half was a tight affair until the goal-deadlock was broken by Na Fianna with a Gavin King goal.

Cuala however rallied and replied with a couple of well-taken points to finish ahead at half-time by a single point, 0-10 to 1-06. In the 2nd-half, both sides continued to raise the white flag. However, as the half wore on, the Cuala half-back line, marshalled by John Sheanon, and well supported by their full-back colleagues of Timlin, Tierney and Lahert, began to dominate exchanges as Cuala stretched their lead further, culminating in a well-worked Colm Cronin goal. Na Fianna were not beaten yet however and continued to press, adding a point and a late goal from a 20m free, which narrowed the winning lead to the single point. With time up Cuala had done enough to record their 4th win in AHL1.

For their 2nd game of the week, the Cuala Senior Hurlers travelled over to a sunny Marlay Park to face Ballinteer St.John in AHL-Round5. Cuala were to run out eventual comfortable winners of this tie, however, in the 1st –half, both sides exchanged points from frees and open play and there was little between the sides in the early stages of the game. With Naoise Waldron unerring from the placed ball and with solid performances from Nicky Kenny, Colm Cronin and Sean Moran, Cuala began to establish a stronghold in the game, finishing the half with a 0-14 to 0-9 lead. The winning of this game was secured in the first 10mins of the 2nd half, when, with Cuala on top in the middle of the field, their lead was extended with a further 5 unanswered points from play. Cuala continued to press their advantage and with their backline containing the Ballinteer threat, Cronin finished an excellent move that began from Cuala’s half-back line, with a well-struck goal. Cuala’s next opponents in AHL1 are Craobh Chiarain.

The Cuala 2nd  team had a top of the table clash with Skerries Harps on Sunday the 22nd May. Both teams were very evenly matched for the first 30 minutes and traded point for point. At the end of the first half Cuala lead by a point 0-9 to 0-8. For the next 15 minutes in the second half Cuala and Skerries again matched one and other for scores. Shortly after Cuala were awarded a free in the middle of the park  and Butsy Butler was summoned from his goal to take it. He launched a very high ball towards the Skerries goal, Justin Byrne got away from his marker and pulled on  the ball in the air and it ended up in the back of the net. Cuala now led 1-13 to 0-13 but Skerries came right back at us and scored another point to narrow the gap yet again.  Butsy was again called upon to take a few long range frees and put 3 of them over the bar. Cuala were now in front and started to pull away from Skerries and when Eoghan Breatnach put the ball in the back of the Skerries goal the game was all but over. Rob Reid & Niall O’Dowd were pillars of strength in the full back line while Conal Kelly and Donal Lane did Trojan work in the middle of the park but overall the man of the match was Cuala’s Karl Schutte at centre half back.  Full time score Cuala 3-22  Skerries 0-16. The Skerries team were well coached by Denis Murphy brother of Cuala’s Donal Murphy and we wish Denis and his team all the best for the rest of the campaign.