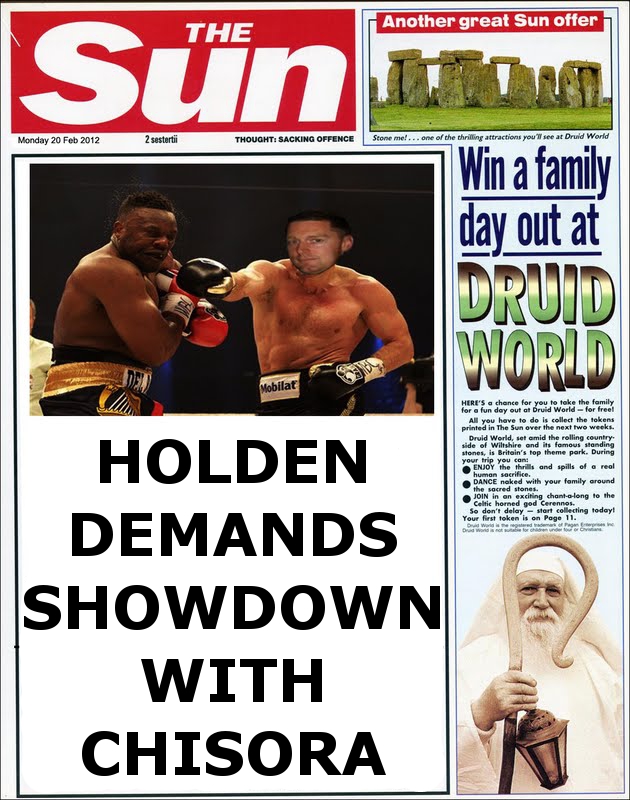 While things are Heating up in Munich for David Haye and Derek Chisora, similiar events are taking place in preparation for the Cuala Fight Night. Rumour has it that veteran Hurler Dan Holden wants to bypass the Cuala Fight Night for a Title Fight with Derek Chisora.
“When I saw him Slap Klitschko I thought he was well out of order and then to spit water in the face of his brother! That upsets me as Id hate to see anyone do that to my brother Shane, it’s just something that you dont do, I want to be the one to sort him out, inside the ring obviously. Former Bare Knuckle Champion Vincent Holden has agreed to replace Dan in the Cuala Fight Night if Dan does get a shot a Chisora. Thankfully there has been no bottling or tripod throwing yet but certainly much speculation for who is fighting who. Saturday the 3rd of March is when all the pairings will be announced at a press confrence with the Venue being the Cuala Bar.