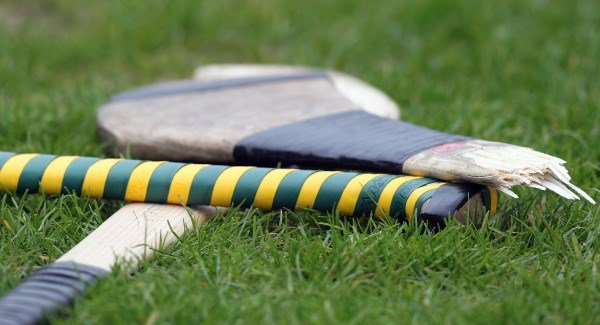 “When the going gets tough, the tough get going”- that must be the motto for the Cuala U15 hurlers who move up to 5th place in the Division 1 League table following a steely, determined performance against St. Vincent’s on Sunday 28th May in Thomastown. The Reds were staring down the barrel of a gun just after halftime and had to haul back a 6 point deficit to get past a well-balanced, dangerous Vinnies team who hit two goals in the final quarter to make it a hugely exciting and entertaining affair right to the end. The game was tight from the off and Cuala started badly. They looked nervous and their touch was off. Mooney was having the better of his full-back and had two wides posted early on. Malone put one to the right of the sticks. Another shot dribbles the wrong side of the post. Vincents were 0-4 to 0-1 up after the opening 10 minutes. O’Dowd and Hayes converted two difficult opportunities but the wide count for the Reds was rising. Carey latched on to a loose ball 60m out and took his chance. The ball sailed over the black-spot. Cuala down 0-6 to 0-9 at the break. They were playing second fiddle everywhere and playing from behind. The message was clear – more determination, play from the front, raise your game and keep it calm! They responded. Hayes on frees was exceptional, he didn’t drop a stitch. His goal two minutes into the second half was a thing of beauty with five of the Cuala team working to slip him past the cover. The Vincent’s left-corner-forward had put daylight between the teams just after halftime, but a second, crucial goal from O’Dowd five minutes later gave Cuala the edge at 2-7 to 1-9. Lovely hurling! Cuala with O’Toole, Ryan and Carey in the ascendancy and Quinn and Tobin holding the Vincents mid-field, began to flex their muscles and took control of the game in that third quarter. Vincents were held to a single goal over the quarter and Cuala were now in full flow. Ball was getting into the inside forwards and Mooney, Nugent and O’Braonain were winning frees. Malone, O’Dowd and Nugent were getting on top in the half-forward line. Hayes converted everything from the placed ball. With 10 minutes to play and minds turning to Tullamore, the Vincents mid-fielder pile-drove a shot to the net – they hadn’t gone away. Immediately from the puck-out, O’Drisceoil’s determination and skill put him through and he rattled the net. Cuala were now up 3-11 to 2-9 with time ebbing away. But Vincents just kept on coming. A free 30m out, Cuala put every defender back, Ruigrok saves it. Two minutes later the Blues full-back storms through a hesitant defence. Ruigrok blocks it out for a ’65. Still time on the clock. The ball is dropped in, a flurry of activity, bodies everywhere, a sharp whistle – penalty. The Vinnies corner-forward buries it. Two points in it 4 minutes to go. All hands to the pumps for the Dalkeymen. O’Toole makes a brave clearance off the line, Grant follows up with a crucial block. O’Toole storms out of the defence with Vincents now throwing everything forward but leaving gaps at the back. A pass to Malone who carries forward. Taken down, yellow flashed. Hayes converts. Cuala will not be beaten today! Another pass from Malone to Kenny wide on the right, a lovely point flows off his hurl. O’Toole takes the resulting puck-out, storms up through the mid-field, and clips another off his left. Whew! Final score: Cuala 3-14 St. Vincents 3-09…what a finish! A great Cuala team performance; best for St. Vincents 8, 12 and 6.

Next up: Cuala have three matches remaining to get into the top-4 play-offs; Raheny away on Tuesday 27 June; Naomh OP ER at home on Sunday 13 July and finally, Crokes away on Sunday 31 August. There is more work to do; no holidays to be taken without official, written permission!!