Cuala, like many other clubs, has been affected by emigration as players look to foreign climes for work, study or plain adventure. But Ireland’s loss is someone else’s gain and this has been reflected in the remarkable growth of European GAA clubs – something that was exemplified by last week’s Pan-European Champions held in Limerick.   It featured  top teams from Holland, Channel Islands,  Spain ,  Norway, Denmark, Belgium and Luxembourg and beyond.

And everyone in the Club will be pleased to learn that there is great Cuala involvement in the European scene – both on and off the field.  At the heart of this organisation is our own Tony Bass who, for the past 6 years has been Secretary of the European GAA County Board.  And on the field of play, we hear that Rory Lehman lined out for Copenhagen and Eoin Sheanon featured in the Brussels team.

The crowning glory of the weekend though was Guernsey Gaels,  with two more Cuala exiles on board, Conor & Liam McHugh. They took top honours by beating the two-times holders, The Hague,  in the Football Final. 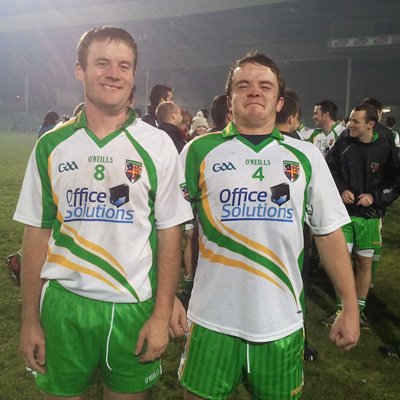 Well done Lads and all at Guernsey Gaels

Lorraine – Our Volunteer of the Year
Scroll to top