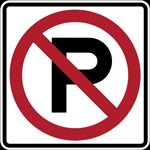 A special thank-you to everyone in Cuala for making alternative arrangements to transport themselves or their children to Hyde Road while the current works are in progress. Those of you who walked, cycled or car-pooled have helped make life so much easier for Club patrons and local Residents. Contrary to popular belief, an underground car park is not being constructed; rather DLRCoCo are helping us avoid opening a Water Polo section by upgrading over-burdened storm culverts that were at the root of serious flooding in the Hall. There is still much work to be done so we would appreciate your continued support and co-operation by continuing to leave the car at home.