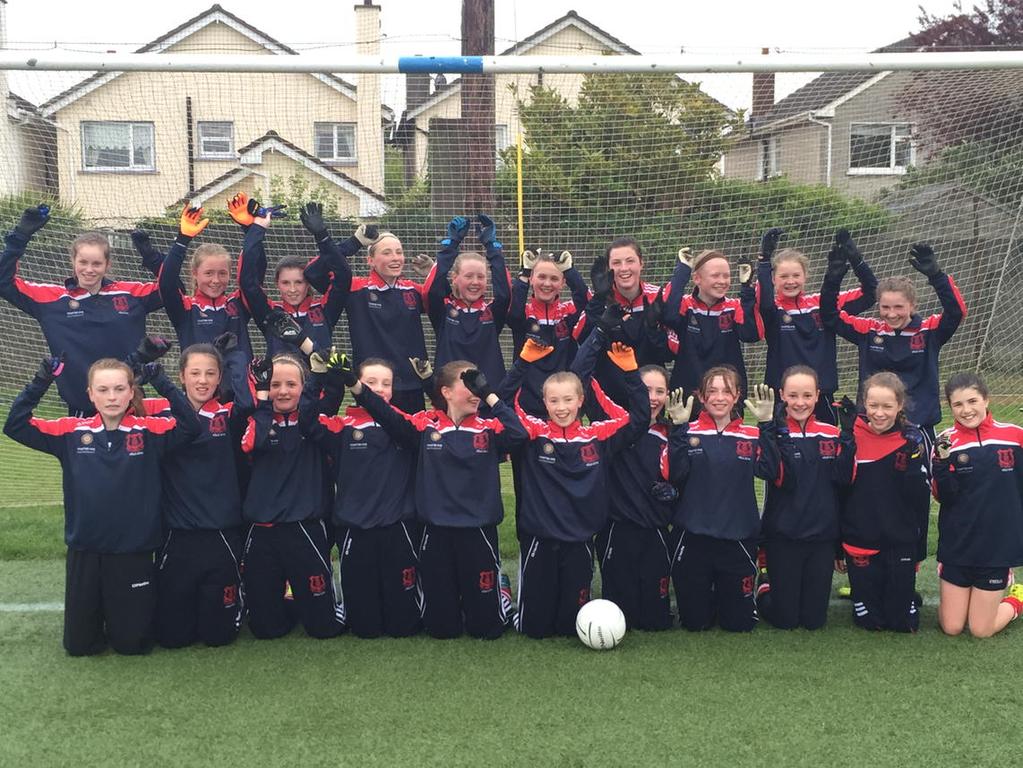 Sport builds character and there is never such a thing as a certainty. It can be the hop of a ball that goes higher than you thought, a run that’s a split second to fast or to slow, or things that are outside of your control that mean the tipping point between victory and defeat.

The Cuala U14 Girls fielded two teams in this year’s AIG Féile Peil, a first for the club and featuring no fewer than four sets of sisters to add to the mix.

The A’s were at the top of the tree in Ballyboden St Enda’s for the Division One tournament and the ask was a big one. With six teams competing in a single group it meant five matches of ten minutes a half in order to get through the group stage.

Torrential rain had turned the third pitch at Cherryfield into a quagmire and made quality football hard to come by in the opening game against Lucan Sarsfields. The first period went with no score before a single point from Rachel H secured the win.

There was a bright start in the second game against Na Fianna with six scores before the break from Anna Q, Grainne O’D, Rachel H (2) and Susan Slowey (2). The second half saw the defence match the forwards with another clean sheet led by great performances from Ellen D, Grace N, Emma R, Rena M, Sarah H, Ciara O’S and Molly L. A third point from Susan finished off a perfect start.

When Claire A hit the opening point against Crokes everything was going fully to plan but a first point conceded just before half time was added to in the second and the girls suffered their first setback.

Game 4 was against pre-tournament favourites Foxrock Cabinteely and a first half goal from Sinead O’C set the tone well, finishing off a move started by Laoise B with Molly B, Sadbh O’K and Louise McK buzzing around the forward line. Two long distance shots from our near neighbours though both crept under the crossbar and one more point from Grainne O’D wasn’t enough to claw it back.

There were tired legs against Ballyboden and the result was always running away but with Fopxrock beating Lucan by two points on the Cherryfield pitch Cuala were still heading for another Division One semi final. Then, as our girls shook hands with their opponents a shout went up and Lucan had a third penalty of the day. They duly dispatched it and Cuala were left to rue what might have been. 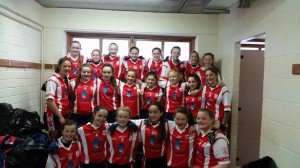 Down the road in Balinteer our B team was staying close but getting no luck and also missed out on making progress from the group phase.

Congratulations to Kilmacud Crokes and Na Fianna who went on to win the two groups in which we played, and special thanks to Ballyboden and Balinteer St Johns who could not have been finer hosts.

A final word though for the girls who played their hearts out and will bounce back. This is a remarkable group, breaking records all the way as they progress through the Juvenile ranks. They won last year’s Division One Championship and will have many more days in the sunshine.

Well done to all the girls who gave their all, and special thanks to Mia, Kate, Saoirse and Jennifer who joined from the 2002 group to get a taste of what their own big day will be like next year.