Judes opted to play with the strong wind in the first half and opened the score after 30 seconds with an early point from play. Odhran Waldron responded with an excellent point after 2 minutes however Judes struck early with a classy goal followed in quick succession with a well taken 65, a close in free and a point from play. Shaun McMahon converted two difficult frees into the strong wind leaving the score at 1-4 to 3 points after 10 minutes. Judes settled into a good rythm and put over another 8 points by half time. Fionn O Drisceoil was hard working and energetic in midfield and pointed after 14 minutes follwing a surging run through the Judes defence. Free taker Mc Mahon had to leave the field injured after a robust challenge in the 16t minute. A monster point from fuc fada expert Fintan  O Brien saw the sides break for half time on a score of 1-12 to 6 points in favour of the Templogue lads. 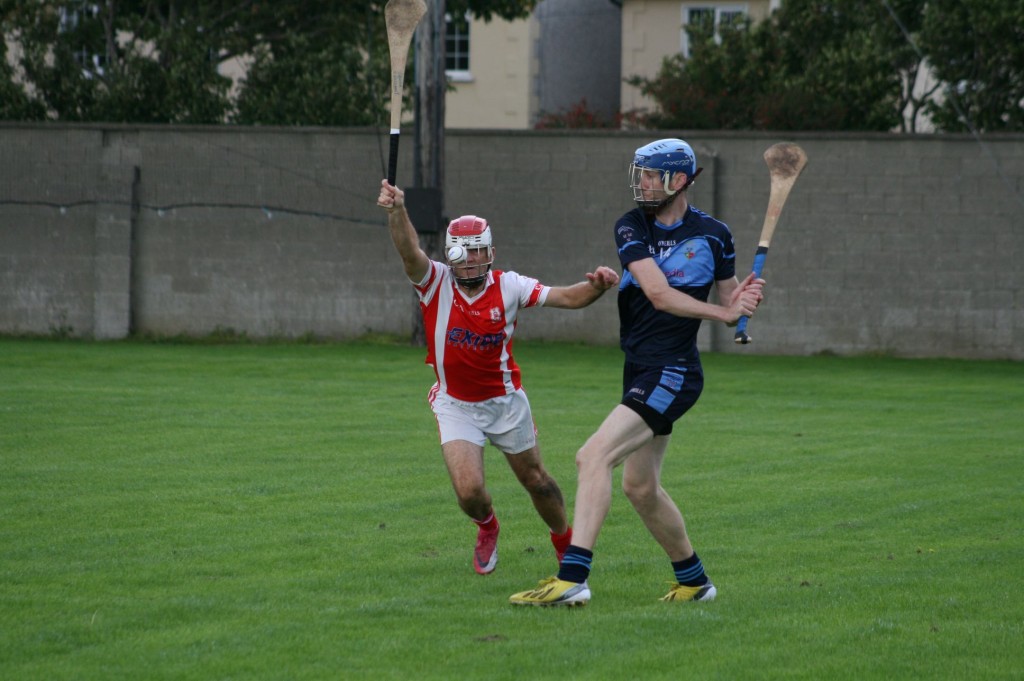 Cuala returned in the second half with renewed vigour. Scores from Cian Waldren, Cathal O Giollain and another long range effort from keeper O Brien gave hope to the Dalkey men as they chipped away at the Judes lead. Colman O Drisceoil gave a master class in effecient defending at full back. Higgins and Kennedy began to dominate the Judes clearances. O Brien pulled of his second wonder save of the day.

Up front clever stick work from Emmet Murphy set Stevie Mc Donald up for a well struck point. Dylan Kennedy pushed forward and his 33rd minute point marked the final cuala score and despite holding Judes to only 4 points in the second half, all one of which was from play, it was not enough to claw back the first half lead. Judes finished with a late point and were deserved winners on a scre of of 1-16 to Cuala’s 13 points.

On a day that saw Cuala mix youth and experience it was commendable to see the father and son duo of Fionn and Colman O Drisceoil playing in a County final together and both produce exceptional performances. The season is not yet over for this growing group of players led by Cuala reliables Dayo, Gilly and Declan, who remain unbeaten after 7 games in Division 7 with 4 games left to play and a league title in their sights.

Big Screen in the Halla for the All Ireland Final this Sunday 18th from 2.3...
Scroll to top