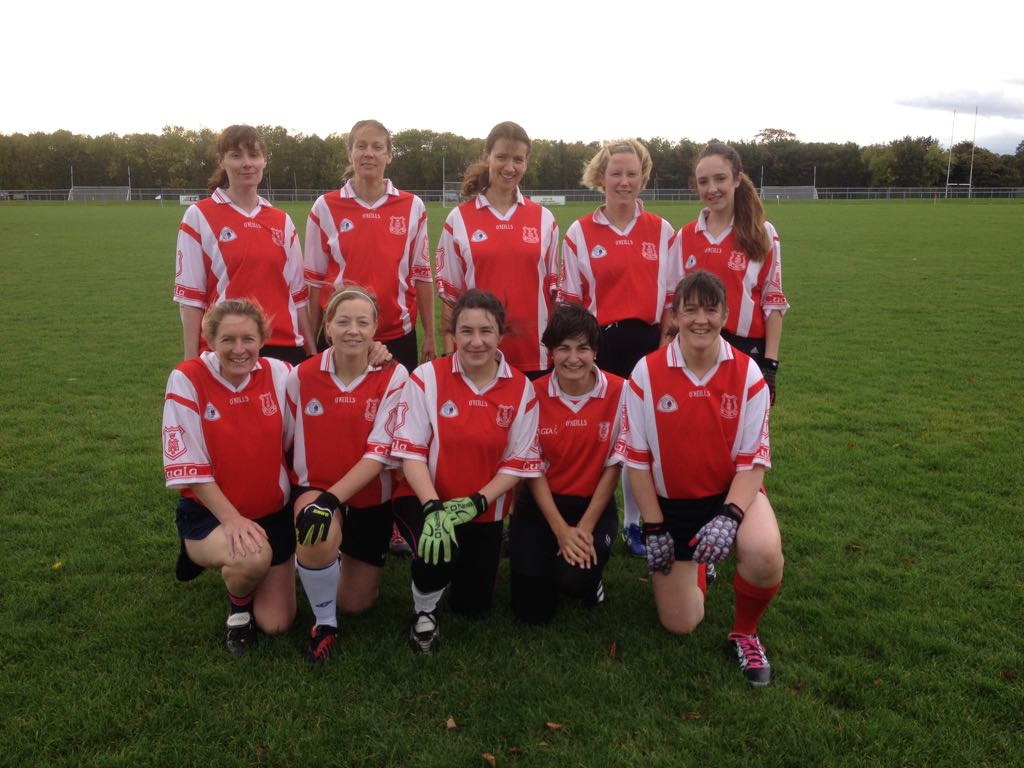 ‘It’s a bit blowy, but we have the wind with us.  Take your points and if you’re near enough, don’t forget to fist it over the bar’… not the words of the senior football coach, but my words to the ten women facing a mixed team from Round Towers and Finuge St Senan’s.  This was the National Blitz for Gaelic for Mothers & Others teams in Naomh Mearnóg last Saturday.  17 pitches, 6 teams on each, a round robin with no match scores tallied (but we knew exactly which ones we lost and which we won). 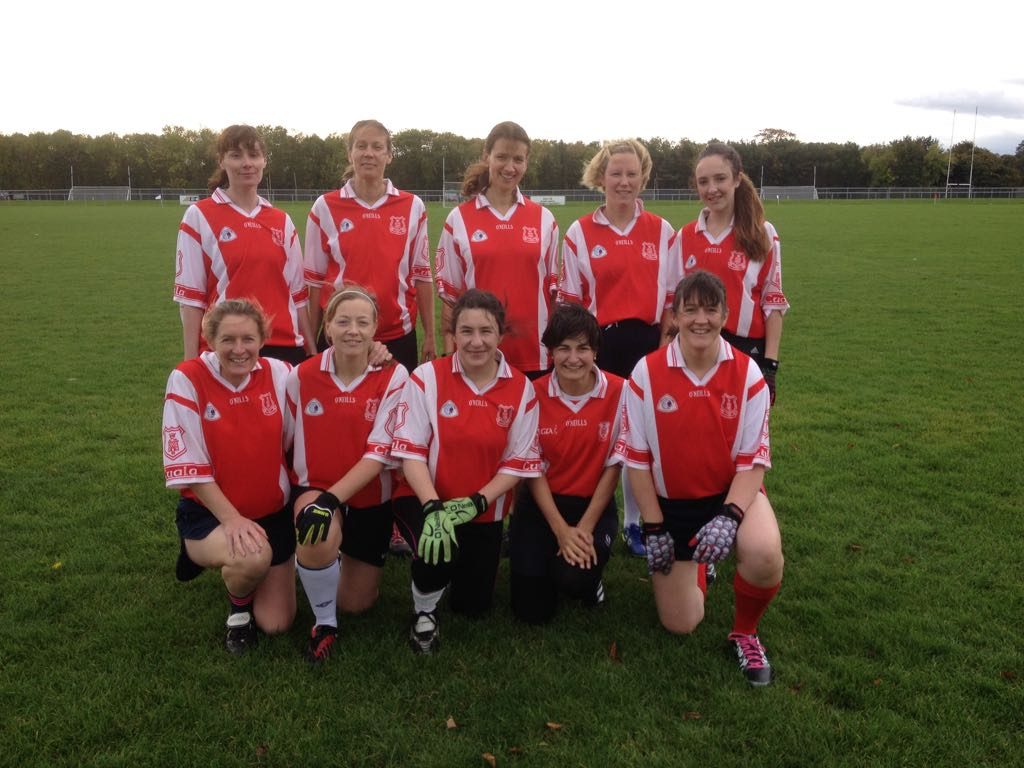 The day started with registration, the 2fm Roadcaster, stalls with LGFA merchandise and free bananas and water from LIDL.  There were hundreds of women milling about, some in fancy dress, all in team colours.  We were told where our pitch was and who we would play.  No local teams in the draw thankfully, so no derby with Crokes or Fox Cab.

The facilities in Naomh Mearnóg are to be envied and the organisers managed to gather almost 2,000 women on their large astro for a warm-up with Bokwa.  It was a bit like giant aerobics sessions in UCD in the nineties.  Great fun, but after about 15 minutes we had enough and wanted to get back to the grass and get a ball into our hands.

We won the first match, and yes, there was a point fisted over the bar.  We lost the second to a very good Fergus Rovers team from Clare.  ‘Next door to Ballyea’ my marker informed me; she saw it as revenge for the senior hurling win on Saint Patrick’s Day.  We beat the home team in the next match – the women of Naomh Mearnóg do not take too kindly to being closely marked and tried to confuse us with identical twins playing number 2 and number 9.  A defeat by a very friendly and skilful team from Kickhams Creggan in Antrim came next.  A lot of the teams were wrapping up and heading to the clubhouse where we could hear the band warming up.  There was a promise of prosecco and pints, BBQ and dancing, but first we sized up Athlone for the last match of the day.  We were envious of their numbers – they had almost 20 players to our 10, and their team kit was to be envied too (reminder to look for a sponsor for next year’s kit).  But they were women out for the day and they were going to enjoy every minute.  We made sure to get into the goal with the wind behind us, everyone got to start in their favourite position and we went for it.  We really wanted to go home with a win, to finish off the day in style.  Two goals later, and happy with our passing, we went home having won three games out of five.  That’ll do.  The Athlone team had their own private medal presentation and loaned us their colander for photos (if you don’t zoom in, it really does look like a trophy).

Next year, we’ll arrive earlier, stay around later, we’ll rock the boat and join in the karaoke.  Our Italian team-mate took videos to send home to explain the after-party to her family; I’m not sure it can be explained.

Thanks to the 10 great G4M&Os players who played the blitz, to Janina who was injured but took photos, to the families who turned up to support us.  Thanks to Liam who has coached us with great humour and patience.  There is always room for more players – just turn up at 9pm in the hall on Wednesday nights in your runners, or email cualagaelic4mothers@gmail.com.