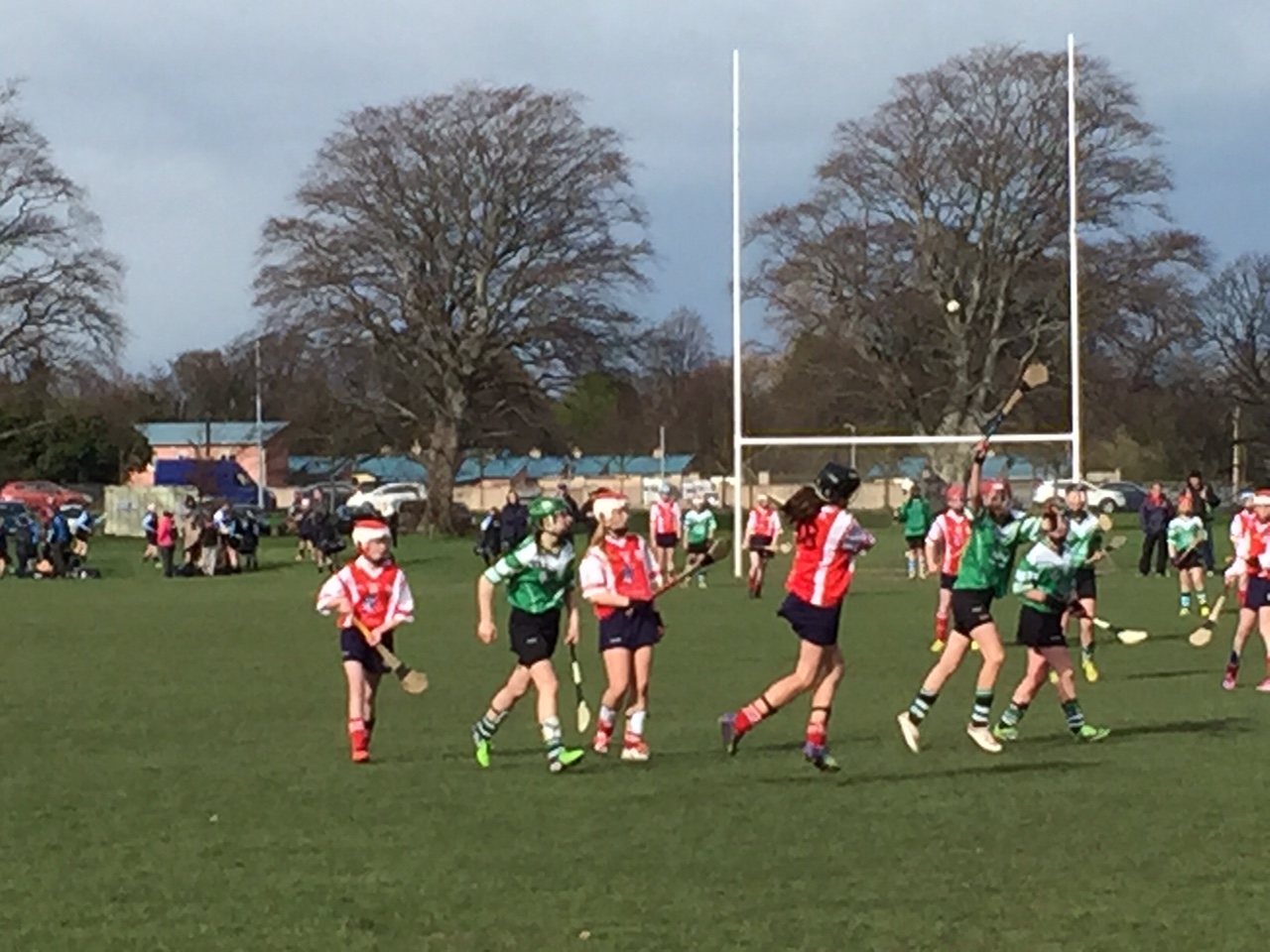 The 2001 girls played the clubs first ever Division One Camogie Féile on Saturday and what a day it turned out to be.

The girls were on site at Ballyboden from 9am alongside their round robin rivals Oliver Plunketts, Kilmacud Crokes and St Judes in what promised to be a tough group stage at the top of the Dublin U14 summit.

The opening match was against Oliver Plunketts and a strong breeze meant it was always likely to be a game of two halves.  Cuala raced into an early lead with three points on the board but Plunketts were hard to shake tacking on two of their own before the break.

A goal at the start of the second period gave the edge to the girls in red but as the clock ticked down Plunketts were edging closer with three points from distance sailing over.  Backs to the wall in the closing exchanges and a point for Cuala from a free on the left saw them edge ahead by 1-04 to 0-05 but the Navan Road team had one last ace.

A breaking ball 30 yards out on the left was sent towards the posts and dipped at the last second to raise a green rather than a white flag, enough to win the game with time left only for the puck out.

In a three game format losing first is a tough blow and Kilmacud had set up a second game with victory over St Judes on the second pitch.

Cuala had lost to Crokes in the League a few weeks before but the return of a number of players from injury meant we were in with a fighting chance and so it proved.

A first half goal against the strong wind meant a two point advantage at the break and a second almost straight from the restart set up an eventual 3-00 to 0-03 win and a final game against Judes who had also lost to Plunketts.

The third game lacked the intensity of the Crokes encounter and a 4 point half time lead was all of a sudden wiped out with Judes scoring with the breeze and ending in front 1-2 to 1-1.  Cuala stepped up though adding another goal and a point to secure a second win.

Now it was down to maths as with Crokes beating Plunketts in the last game it meant a three way tie and only two semi final places at stake.

The rules stated that it should be a three way playoff with matches of five minutes a half.  The girls were exhausted after three big games but the preparation had been top class and the nutrition sheets came into their own as the girls fuelled up and rested for the next stage.

We even had our own physio on hand to sort out a few niggles and the first game against Crokes went our way with a first minute goal that was enough to seal one foot in the semi.

It was straight back out again then for a tense renewal against Plunketts but once more the maroon were on top winning by four points and leaving our hopes hanging on the outcome of the final match.  That ended in a draw which meant that Cuala were through to face Lucan Sarsfields in the semi final.

The girls had now played six matches on the full Boden pitches and had already made it further and higher than any Cuala Camogie team had previously travelled.

An early goal so strongly struck it smashed the goalie’s hurley raised hopes against a powerful Lucan side but the fuel gauge was hovering just above empty and it was not to be.

This is a wonderful group of girls who have stuck together and unlike almost all their opponents have kept going as dual players throughout. They will all be back in action in the Football Féile in two weeks time, with the A team back at Ballyboden and the B’s in Ballinteer. If you want a great day out, there will be few better in terms of excitement, endeavour and delight.

The coaching team of Magnus O’Driscoll, Brian Mulally and Micheál O’Sullivan has plenty of parental support behind them as well and special word should go to Jessica Lewis and Maurice Basquille who led the way in making sure everything off the pitch was as good as on it. Nick Hodges was the official team photographer on the day and special thanks also to Alison Molamphy who put her newly qualified physio skills to great use.

We are only there though to enable to girls to give of their best and they could not have given any more.

Three cheers then for the Cuala girls of 2001. 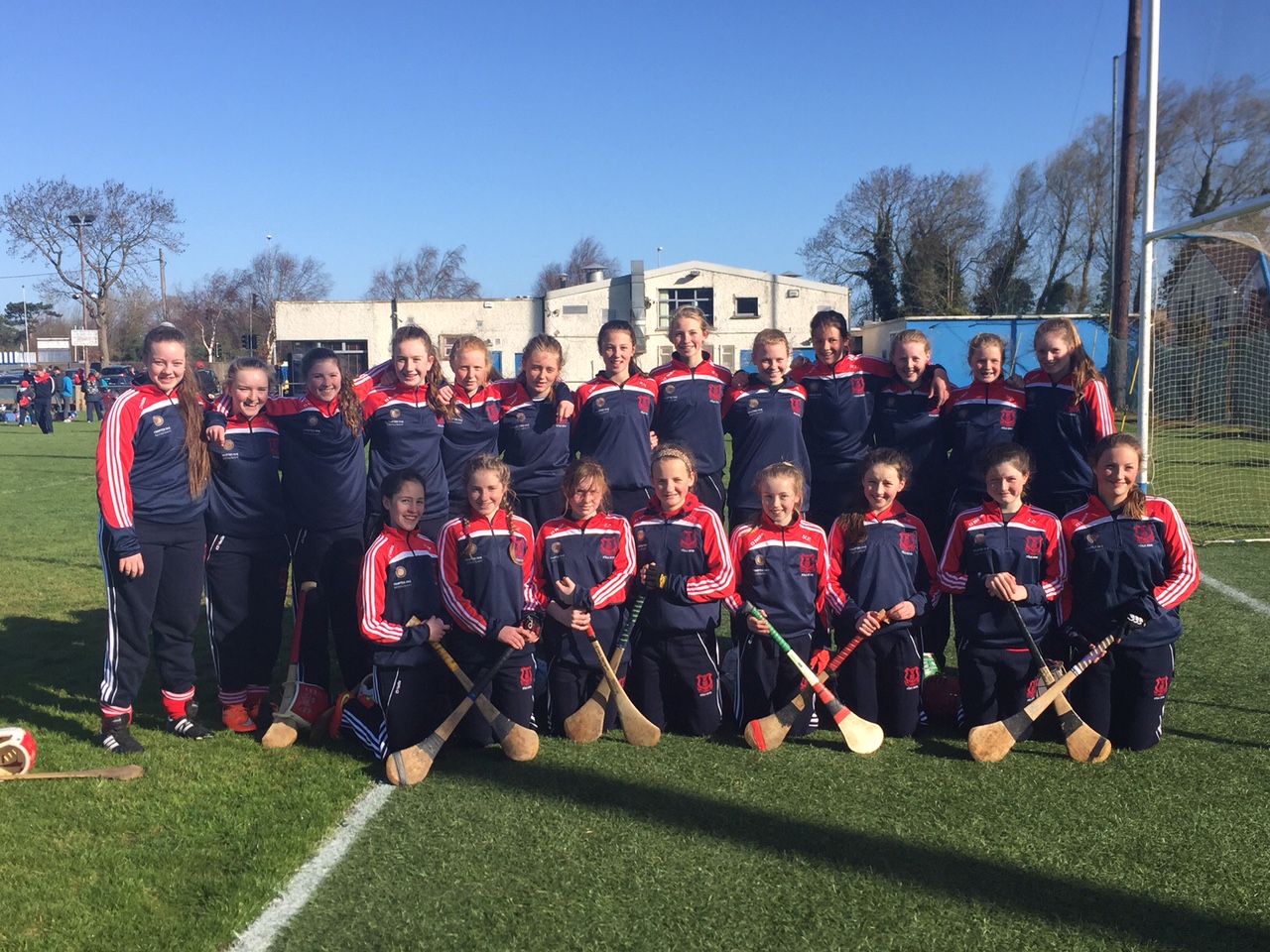