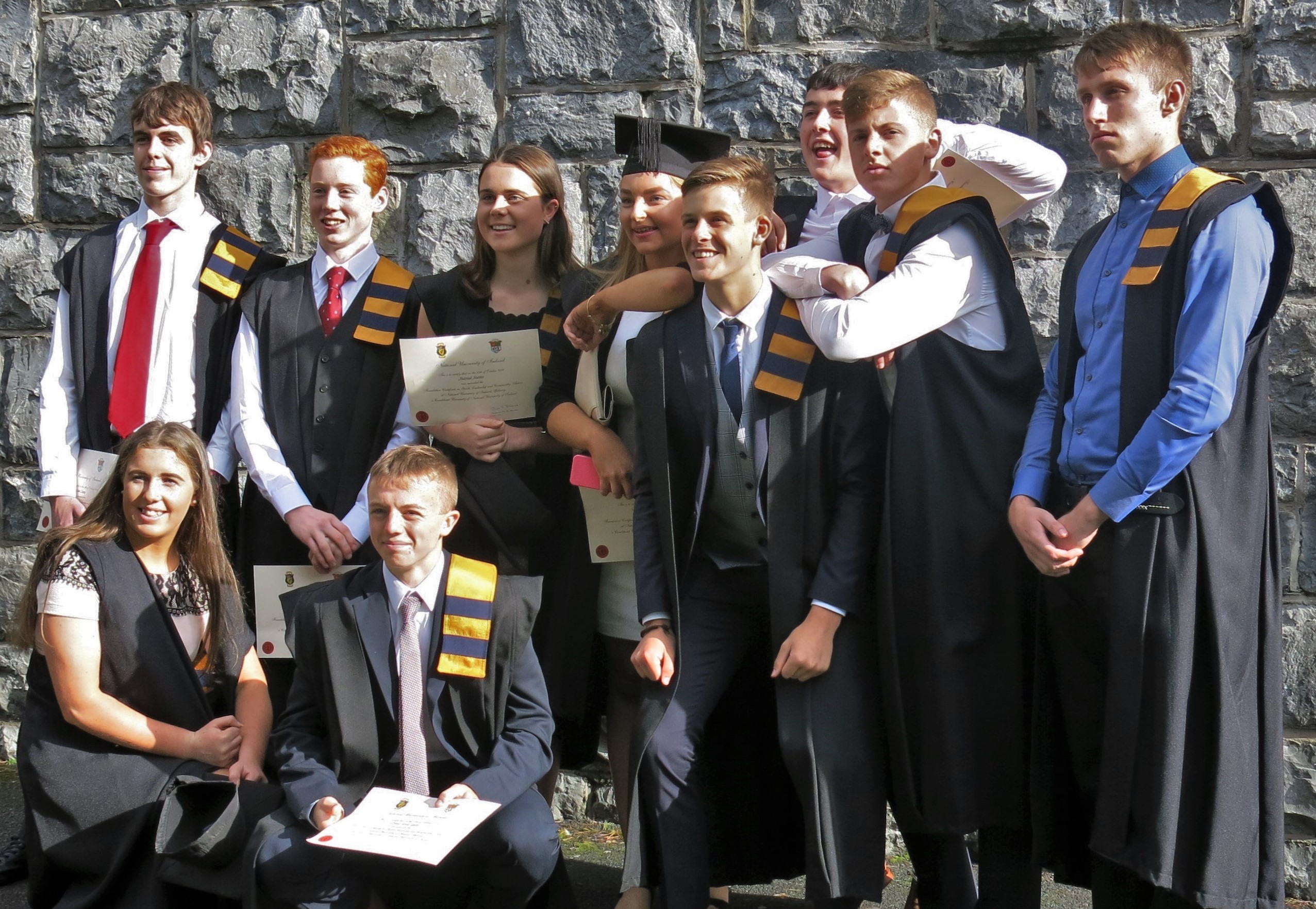 Last Saturday eight members of Cuala travelled to the National University of Galway to be conferred with a Certificate in Youth leadership and Community Action. Cuala 99’s and 2000′ Kevin, Ryan, Mairead, Orlaith, Michael, Sinead, Ronan and Cormac were conferred following their successful completion of the Dermot Earley Youth Leadership Programme. The guys were among 120 young people who graduated from the level 6 course in the presence of the late Dermot Earley’s wife Mary and daughter Ann Marie. The Cuala representatives were decked out in their finest, cap and gowns included to receive their parchment, alongside 300 other graduates, from the President of NUIG. During the academic course the participants learned about being a leader in the community and a leader within their own lives. The course also had them put this leadership into practice by working in ‘soup kitchens’ sleeping rough for a night, organising a ‘Darkness into light’ and working locally with Meals on Wheels.

The course gave me the confidence to stand up when it was needed and made me a better communicator. Overall, the course has made me a better leader. I would highly recommend anyone considering this course to give it a go. Cormac Spain.

Unfortunately the course will not be ran by Cuala this year due to a lack of facilitators, hopefully it will return next September.

No Medal for discovering who Dunleary GAA were.
Scroll to top