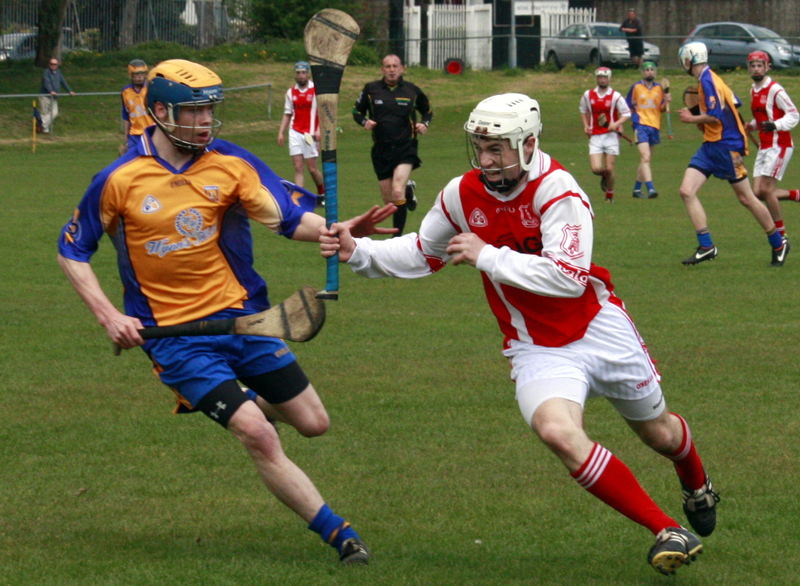 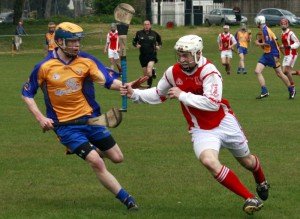 A hat-trick of goals from Conn O’Callaghan and an outstanding performance by Jack Behan at centre-back were the highlights of this Division 1 hurling League game held under perfect conditions in Shankill on Sunday 19th May.

Cian Byrne excelled around the middle and Sean Treacy showed signs of why he is one of the hottest properties in Dublin hurling at the moment. Andrew Murphy scored three lovely points but it was O’Callaghan with 3-4 from play who stole the headlines.

Literally from the throw in, Byrne put a ground ball in front of O’Callaghan who turned and fired over with less than five seconds on the clock. Treacy took another down the left, moved towards goal and passed to O’Callaghan who rattled the net from 8 metres. O’Giolláin took the next and was fouled on his way in. Treacy converted.  The space in front of this deadly full forward line was causing migraines for the Cabra side. Placed by Behan, Treacy took off on another solo run down the left, drew the full-back, and played a deft flick to O’Callaghan who saw his effort blocked. Behan and his back up crew of Malone and Harrington on the half-back line were winning the battle around the middle and Andrew Murphy was catching ball after ball from the puck out. Byrne worked tirelessly. But Fionnbarra to their credit, never gave up and hunted for goals. Kevin Killian was imperious at the back, and his partners in crime, O’Murchú and Tierney, weren’t giving much away. Fionnbarra would have been through a number of times but for a number of telling tackles and blocks to keep out the raiders from the Northside. O’Bráoináin in nets snuffed out two goal chances. But a breach in the wall had to come.  A free far out on the left was deflected past the hapless O’Bráoináin. 1-1 to 2-5 at the break.

Naomh Fionnbarra rallied after the oranges and placed a defender in front of the Cuala marksmen.  The ploy worked and the space for Treacy and O’Callaghan to weave their magic became tighter. However an unsavoury incident led to one of the Cabramen being sent to the line and the space at the Castle end opened up again. Treacy turned on a ball from Malone and could have struck for gold himself, but passed to O’Callaghan to let him complete his hat-trick. There was no way back for Fionnbarra after that. Andrew Murphy signed off on a fine game with two lovely points and the ref called it a day. Final score 3-15 to 1-5. There will be stiffer tests ahead.

Footnote: The win leaves Cuala second in the League on 8 points with Crokes ahead on 9 after five matches. Cuala have Castleknock next on 26th June, but the real fire-works will be the final game between Cuala and Crokes. Not a game for the faint-hearted!