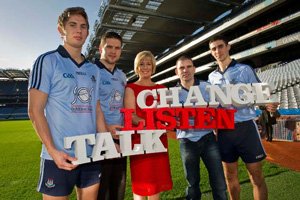 Vodafone and Dublin GAA have just announced a unique initiative designed to   boost the promotion of mental health in Ireland. The County Sponsor has agreed to vacate its jersey sponsorship for the much anticipated Spring Series football and hurling league openers so that  the  Suicide or Survive Charity (SOS) can promote its services.  It’ll be the first time a sponsor’s jersey logo to be to set aside in favour of a charity in a competitive inter-county match.

Everyone in Cuala is impressed by this imaginative idea and we wish all involved every success.