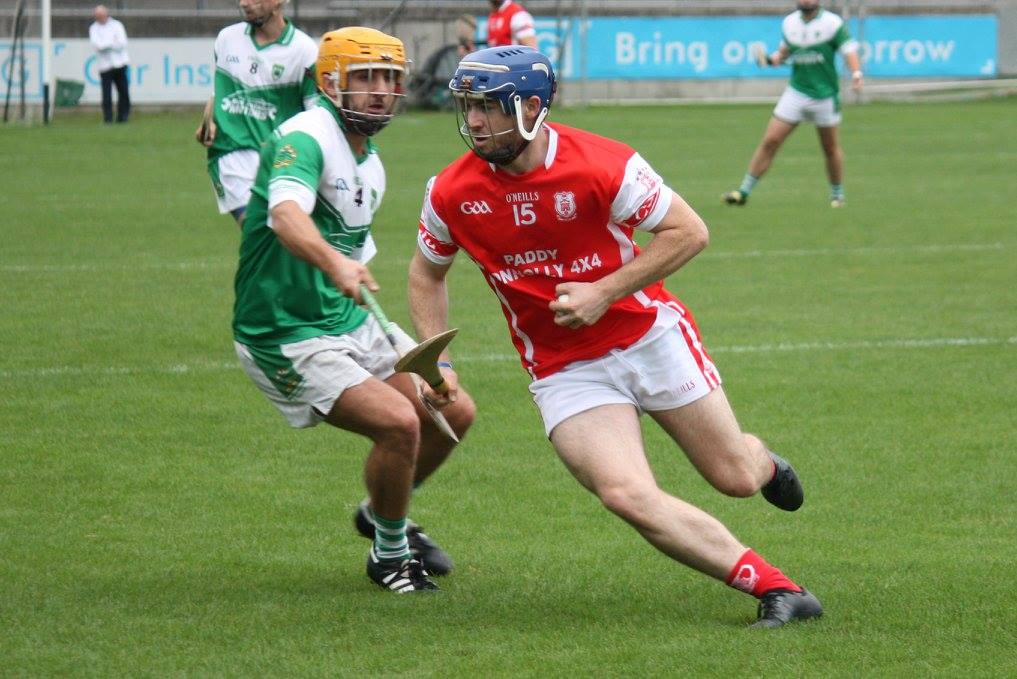 In a replay of the 2015 Hurling League Final, Cuala and O’Tooles faced up to one another once again to decide the 2016 title. Conditions were good in Parnell Park with Cuala playing into the breeze in the first half. Both sides started well and after 8 minutes were level on a score of 0-2 points each. In the middle-third, Cuala were beginning to get on top in the possession stakes where Cuala midfielders, Jake Malone and Darragh O’Connell, ably-assisted by Cian Waldron and Colm Cronin, were beginning to find the inside forwards with some very good deliveries into space for Mark Schutte and Sean Treacy to gain advantage against their markers.  At the other end, the Cuala backs worked well to contain an O’Tooles forward-line always capable of opening up Cuala’s defence and it took some timely interventions by Ross Tierney, Oisin Gough and Simon Timlin to prevent O’Tooles raising the green flag. Cuala began to pull ahead in this period but could not fully exploit their possession advantage, finding it hard to break down a solid O’Tooles defence. At the interval, Cuala lead 0-10 to 0-4. 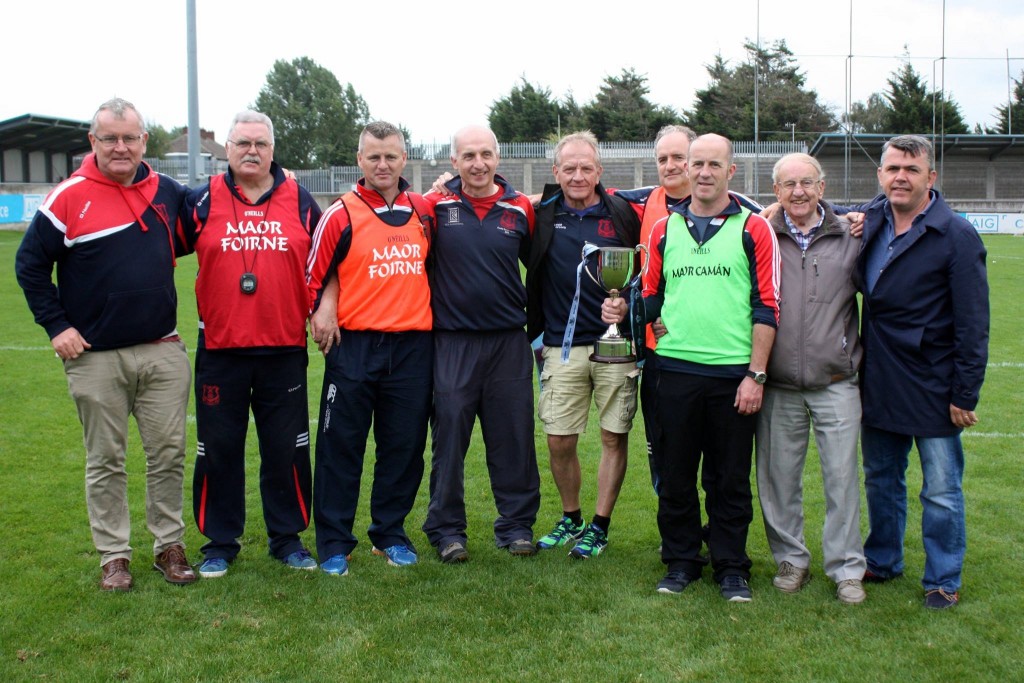 Some of the backroom team with the League Cup after today’s game – Cuala ABU!

In the 2nd half, O’Tooles began the brighter and wrestled back some of the ground in the middle-third of the field. For the first 10 mins of the half, Cuala had to work hard to contain a resurgent O’Tooles, and during this period, O’Tooles found the Cuala net, however the goal did not stand for an infringement in the square. With the margin reduced to 4 points, Cuala steadied with some good conversions by David Treacy and with points from Mark Schutte and Colm Cronin, Cuala re-established a 6 point buffer. O’Tooles however continued to drive forward and will have been disappointed not to have converted more of their scoring chances in the 2nd half. Cuala on the other hand created a couple of good goal-scoring chances which they failed to exploit to the full and would have been disappointed not to do so. At the final whistle, Cuala retained the league title on a scoreline of O’Tooles 0-14 Cuala 0-18.

Colin Behan has posted some very good action shots on the Cuala Facebook page – just a sample below: 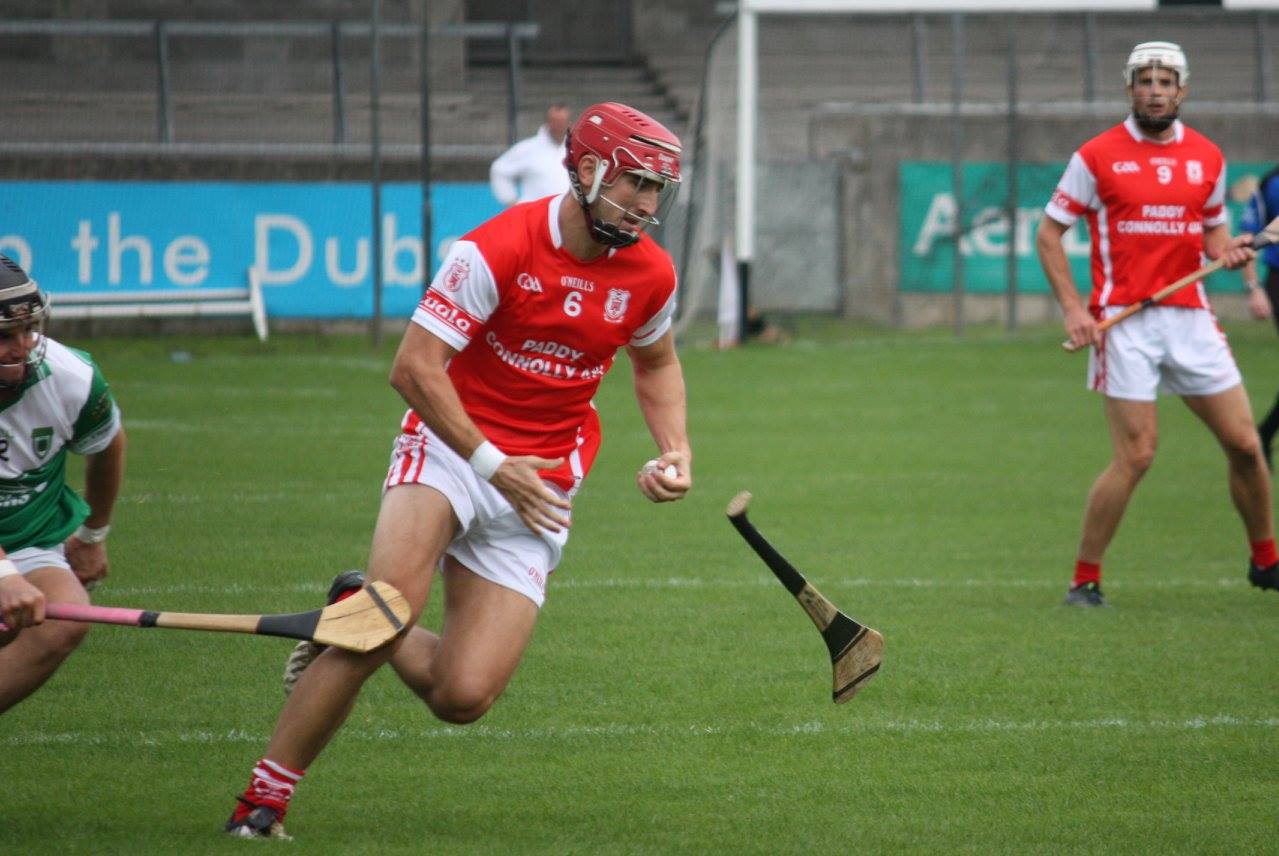 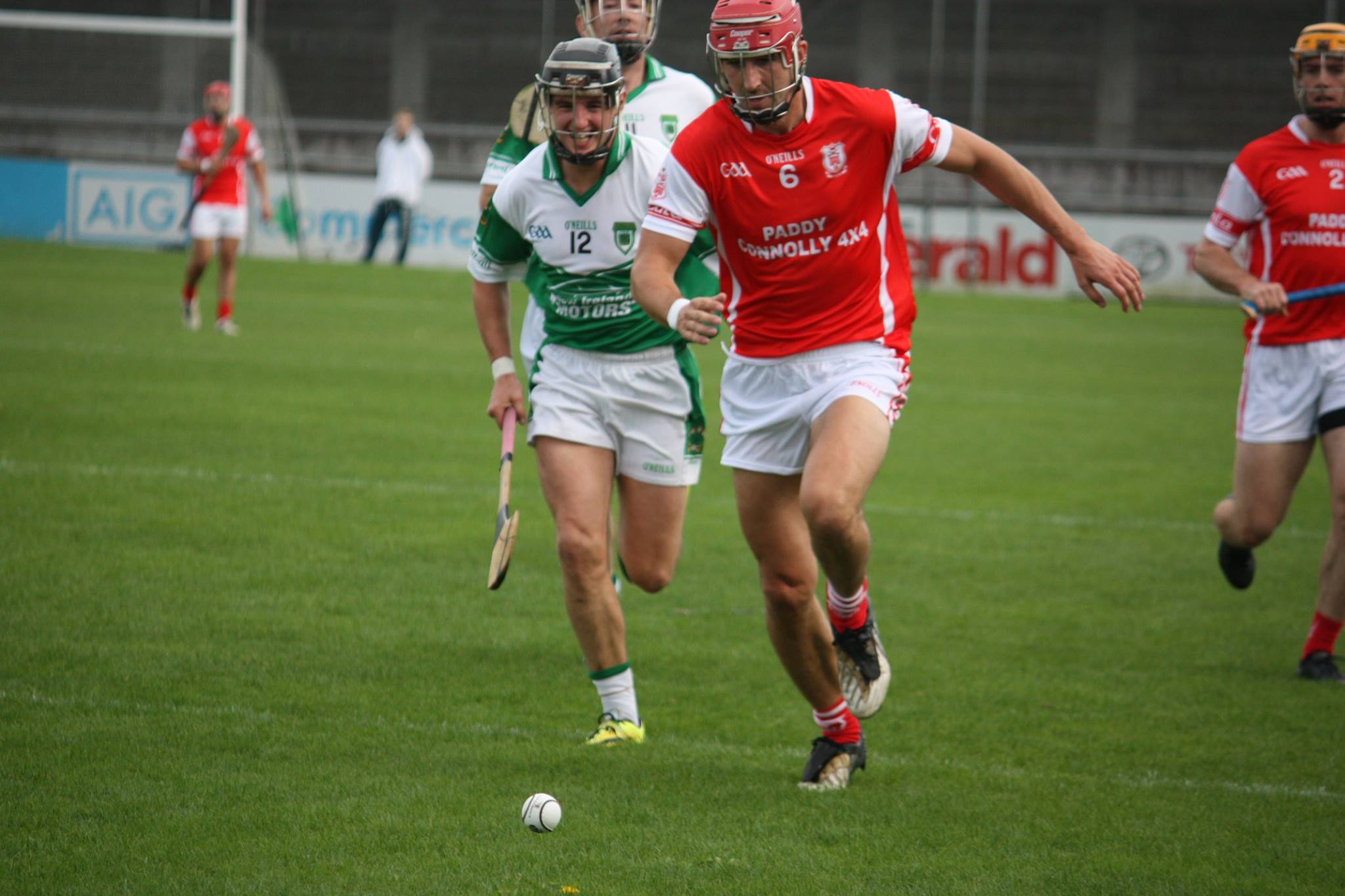