Dun Laoghaire Rathdown County Council hosted a Civic Reception in honour of our All Ireland Senior Hurling Champions in the County Hall on Monday Night. The Artane Band paraded the Players from the Royal Marine Hotel the short distance to the County Hall.

DLR Cathaoirleach Tom Murphy congratulated the Players and their Families on their magnificent achievement. Cuala Cathaoirleach Damian McKeown and Uachtarán Cuala John Sheanon made short speeches highlighting the increased need for Sporting facilities and Pitches in the County and thanking DLR for their support and continued cooperation in the development and maintenance of Pitches.

Cuala Hurling Manager Mattie Kenny and Players Paul Schutte and Darragh O’Connell spoke about the hard work and tough training schedule they had put in, in order to reach the level they have now achieved. 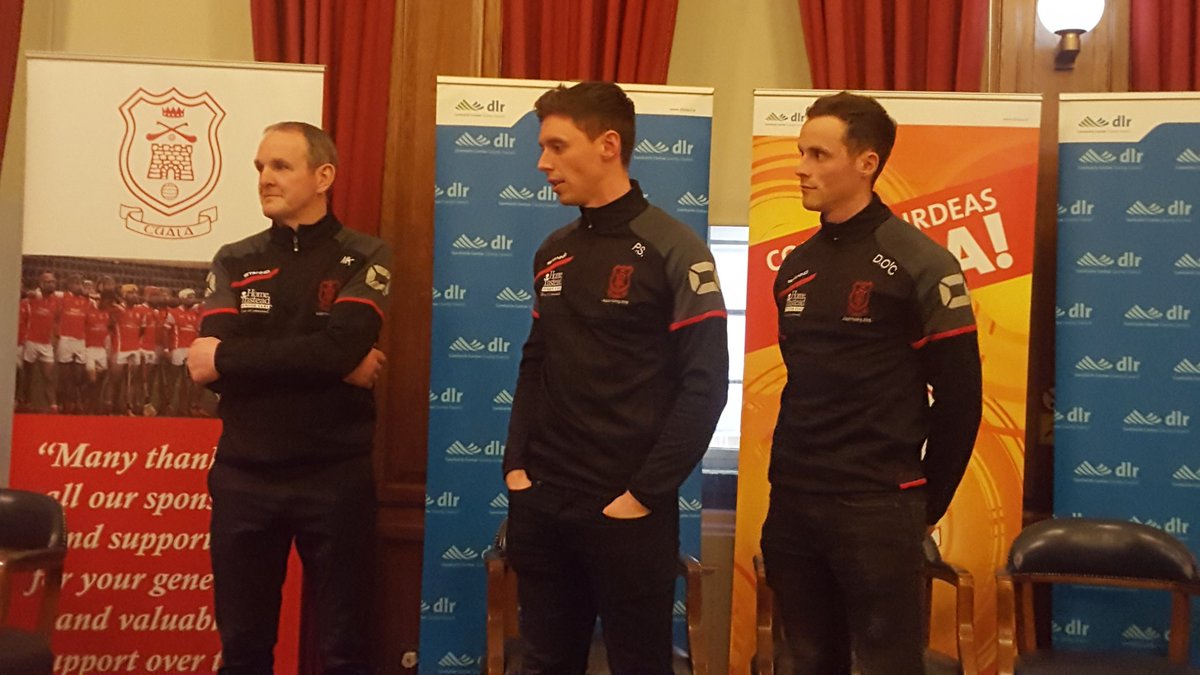 The County Hall was lit up in Cuala Colours to mark the occasion.

Some Photos of the Civic Reception are in the Cuala Gallery