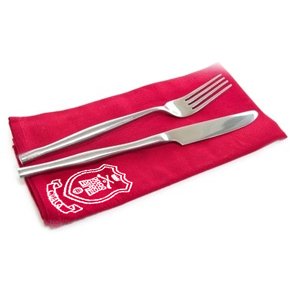 We’re about to embark on our 19th year of the Corporate Lunch and M.C., Des Cahill, is predicting that 2011 will be the best yet.  With a Dublin v Kerry line-up in the Final, our congenial ( “. . .and handsome”) Fear an Tí has already bagged two of the biggest names in Kerry football as guests, and he is poised to announce further speakers of similar stature from Dublin.

The Kerry duo are none other than Darragh O Sé, and Mike Sheehy so patrons can be assured there’ll be plenty of craic from the Kingdom.  And speculation is rife as to the identities of the remaining guests who’ll represent the Boys in Blue. One way or another, it’ll be a terrific afternoon filled with the usual banter, reminiscences and witty opinions you’d associate with a Dublin – Kerry encounter.

Mindful of the economic climate, Des has even managed to keep the cost of the event at an attractive level, just €850 for a table of 10, but he refuses to compromise on the venue. Once again we’ll be enjoying the salubrious surroundings of Dublin’s Burlington Hotel. The date is, as usual,  the Friday before the all Ireland Football Final.  So we’ll be seeing you on the 16th then –   assuming you’ve got a ticket of course.