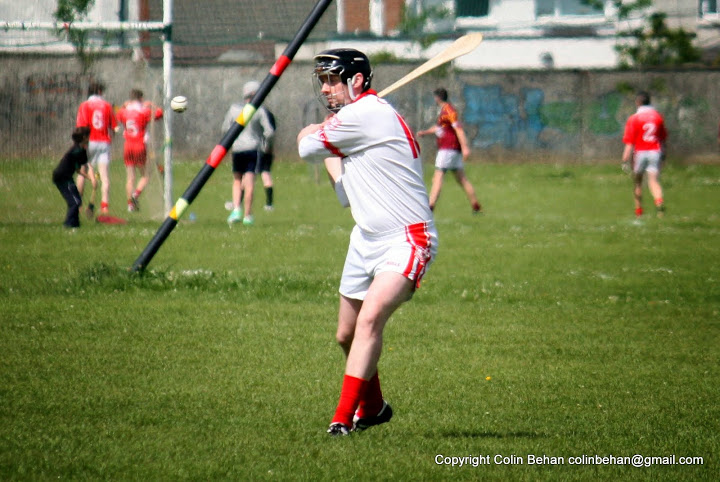 Cuala’s 2nd Team hurlers were too slow to get out of the starting blocks in this division 5 Adult Hurling League game and paid the price at the finish.  Crokes had amassed 1-5 without reply in the opening minutes before Cuala could find their way in the fog that had descended on SilverPark.  They started much too slowly and would pay the price at the death.

To their credit, Cuala with a mountain to climb, wouldn’t give it up. Cuala’s man-of-the–match, Andrew Murphy, Dave Ryan, Stephen Butler and Cian McCarroll dragged the game back to life and the shell shocked players picked themselves up and attempted to claw back the Crokes lead. Jack Behan, Conor Hayes and Brian Murphy started to get on top in the half-back line, Dave Ryan was giving a very impressive performance around the middle, but there were too many dropped passes and half-struck balls up front, and turn-over ball was killing them. Whilst Cuala battled hard and matched  Crokes score for score in the second half the damage was already done and, in the final analysis, it was too big a chasm to bridge.

Cuala can take great heart from this game in that they competed hard with a greatly weakened team in the absence of many key regulars. With limited supply, Mattie Higgins, Andrew Murphy, Liam O’Dowd and Karl Schutte would score 7 points between them. Crokes had a number of serious hurlers in their ranks and it was great to see ex-Dublin regular Ronan Walsh back playing after his break away.

The silver lining on this cloud was the announcement by Andrew Browne before the game of the arrival of his third son who undoubtedly will join his two brothers Ryan and Mathew on the full back line for Cuala in a senior team in the future. Congratulations to all in the Browne Family.