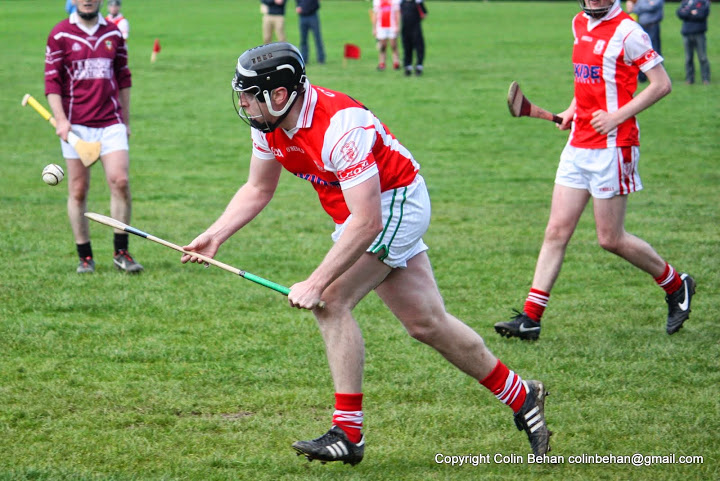 With a personal score of 2-4 from play, Dan Holden showed his real class at centre forward outshining both Ogie Ryan and Jack Butler in the scoring stakes. Ogie scored 2-3 and Jack was on 2-1 in a one-sided game in perfect conditions in Shanganagh where Cuala’s touch, passing and striking was exemplary.

In the first period, Holden was the platform for most attacks and his astute passing opened up the Raheny defence on a number of occasions. Raheny to their credit never gave up, but could not cope with the Cuala players who were keener to win possession and used of the ball more cleverly.  Dan Keating celebrated possibly his last game for Cuala before his move to Canada with 3 typically waspish points throwing the ball over his shoulder at pace. Colman O’Drisceoil rolled back the years at centre-back and gave an accomplished performance in the diamond for Cuala.  Two overhead pulls from Ogie Ryan, one a point in the first half, the second a magnificent goal in the second would grace any hurling pitch in the country. Sio Cullen worked his socks off at corner-forward and chipped in with 4 points from play. The first of Jack Butler’s goals on 7 minutes was a ‘screamer’ from 20m that Joe Canning would have been proud of. Fintan O’Brien hit a monster from fully 80m on 10 minutes but it was one-way traffic with Cullen, Holden and Ogie Ryan causing all sorts of hardship for the Raheny backs. Alan McCarthy and Dillon Kennedy in the mid-field with wing-backs Anthony Higgins and John Dillon worked tireless around the middle and were the conduit for most deliveries into the forwards.  Canice Dowling, Rory Doyle, Denis Monaghan, and Oisin McCann in the rear hardly raised a sweat in that first period and dealt with most of what the Northsiders threw at them.  Rory Doyle never put a foot wrong in the corner. Half-time score was 3-14 to 0-3.

Things didn’t get easier for the men in maroon on the re-start as Rory Stanley, Kevin Roche, Eamonn Drumgoole and the wonderfully talented David Ryan came into the fray. Roche helped himself to 3 points from play, Alan McCarthy was successful with two long-range efforts, John Dillon scored a beauty from the left-wing and Dan Holden signed off on a perfect game with a goal on 60 minutes. The referee called a halt to proceedings on a scoreline of 6-24 to 0-3. Despite the high-scoring antics of the forwards, the man-of-the-match award was given to Colman O’Drisceoil for his all-round play from start to finish. A captain’s performance!

Footnote: The Management and players wish Dan Keating the very best of luck in his journey to Canada. He will be sorely missed! 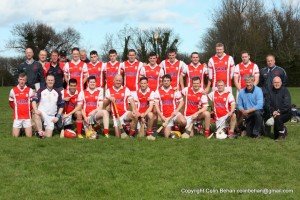