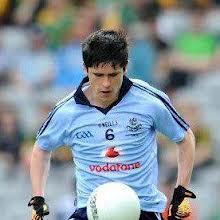 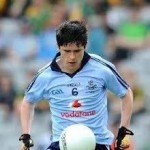 Congratulations to our latest All Ireland Champions Conor Mulally and Martin Cahalane, part of the Dublin minor football team who bridged a game of 28 years by landing Sunday’s Championship decider.  Well done to all the team, and to the victorious Donegal side who put up a final performance to match everything they had done in this season’s Championship.  Worthy winners indeed.

Good luck to the five lads from the club who will try to complete a fabulous double in next Sunday’s Minor Hurling Decider.  It would be great to see Cian O’Callaghan lifting the trophy at Croke Park around 2.30 next Sunday.

Well done to the Senior Hurlers who held on for a four point victory over Craobh Ciarán in the Senior Hurling Championship quarter final at O’Toole Park on Sunday.  Crumlin are up next for the lads in the semi final.

The Junior hurlers kept the momentum going with a 15 point win in the league on Saturday.  They lie two points behind Crokes at the top of the table but could go top with a win over O’Toole’s at Shankhill next Saturday morning at 1030.

There were good wins for our Juvenile Hurlers at the weekend with the U14B’s all but securing the Division 5 title with a 6-12 to 4-4 win over Na Fianna; the U14A’s securing a semi final spot for the Division 2 League race; the U16’s scoring an 18 point win over St Vincent’s in Division One and the U13 B’s hitting 5-8 in beating St Brigids.

The U14 Girls footballers won their League semi Final over St Maur’s on Saturday setting up a final decider for the Division 2 title next month.

Thanks to all those who played a part in making Friday’s Annual Cuala Lunch its usual rip roaring success.  Bookings for 2013 are open now!