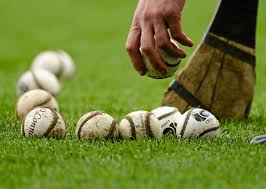 A scintillating opening quarter set the tone for a champagne display of hurling from Cuala’s young-bloods in this third round Championship match in Shanganagh Park. A large crowd turned out to watch what was a very entertaining and highly skilled affair on a fine autumnal day. Conall O’Toole led the charge in that opening quarter collecting every loose ball around the middle and cutting through the Na Fianna defence scoring three from play. Ryan Malone was mopping up every loose ball that crossed into the Cuala defence and Na Fianna were surviving on scraps in that opening period. Danny Conroy could have had a hat-trick at full-forward in that 20 minute purple-patch, but Cillian Dunne didn’t show any nerves in taking his goal on 14 mins with a brave effort in a melee of hurls. When a long delivery from Keith Rice bounced over the despairing Na Fianna ‘keeper, it looked as if Cuala were home and dry.

But Na Fianna had other ideas. They hadn’t even got out of the blocks yet. They shook themselves down, got off the ropes and began the assault on what was now a 2:5 to 0:3 mountain to climb. The Northsiders no. 14 and no.6 began to win possession around the middle as Cuala took their collective foot off the accelerator coming to the break. Na Fianna found air and began to charge through the centre punching holes in the red’s defence. Malone was majestic at centre-back and with Tobin and Ryan not giving an inch, the referee began to blow for frees. Malone was booked for a stopping tackle, tempers were beginning to fray as Na Fianna began to fight their way into the game. Mickey Mahon clipped over a point to keep Cuala ticking over. The halftime whistle gave some respite to Cuala’s defence where Comhghal O’Cofaigh-Byrne, Conor Grant and in particular Aaron Carey were outstanding.

Cuala’s young-bloods play an outstanding brand of fast, clever hurling and got into first gear again after the break. However, Na Fianna now had the bit between their teeth and the match developed into a real contest. Eoin Ruigrok was now the busier of the two keepers at the cemetery end. The Glasnevin corner-forward rounded the Cuala rear-guard and crashed a ball to the roof of the net. It was now Cuala’s turn to be hanging on. A Na Fianna penalty on 45 minutes was drilled over the bar. Cuala responded and began to reassert themselves. Shane Hayes and Tiarnan O’Braonain were taking punishment under the puck-outs but continued to win the hard ball. Na Fianna were coughing up frees and Hayes dispatched 6 from placed balls. Yellow cards were flashed again and with time running out two Na Fianna players made the long walk to the sideline. It was to be Cuala’s day on a scoreline of 2:15 to 1:13.

Next up: Both Cuala and Na Fianna qualify for the quarter-finals as first and second in the group. It wouldn’t be at all surprising if the two teams face up to each other again in the final in October!