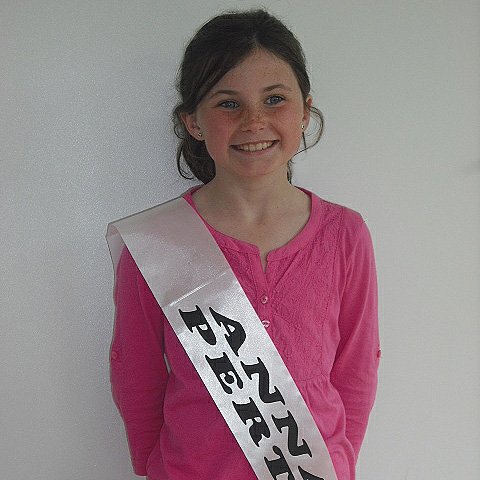 Cuala Footballer and Camogie player Anna Beary (2002 Girls), along with 31 others, has just been selected as a Rose Bud for the 2012 Rose of Tralee Festival following a week long Summer Camp in Tralee last week.

And she’s not the only winner. Thanks to the generosity of nearly 800 children who applied to become Rose Buds at this year’s  Festival in the Kingdom, a nice big cheque will be presented to the Cystic Fibrosis Association of Ireland later this year.

Each Rose Bud has been paired with an International Rose and Anna has been twinned with the Perth Rose, Lorna Gallagher. The Rose Buds will attend the Jedward Concert on Friday 17th August, and the first televised selection night in the Dome on Monday 20th August. They will also participate in the two Rose parades on the 18th & 19th August.

We’ve a feeling this could make for some spectacular Cuala Thar Lar submissions.

The Rose of Tralee International Festival will take place from Friday 17 to Tuesday 21 August.