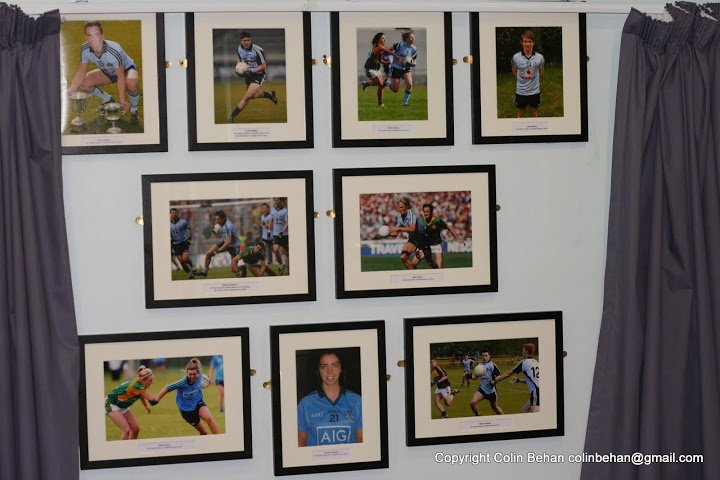 From the playing days of the late Mick Holden Cuala boasts a tidy haul of 12 All Ireland Winning Medals with the year 2012 proving to be the most productive. This is a great achievement for the club, the players, their families and mentors. These achievements demonstrate a huge level of commitment, dedication and discipline. The Adult Games Committee, with the support of An Coiste, arranged for these achievements to be recognised. An initative, driven by Brian Mullally, came to fruition last Saturday night with the unveiling of commemorative photographs in the club foyer by Michael Fitzsimons in the company of Club Chairman Declan Murray, and many of the champion players and some of their mentors during their playing careers in Cuala.