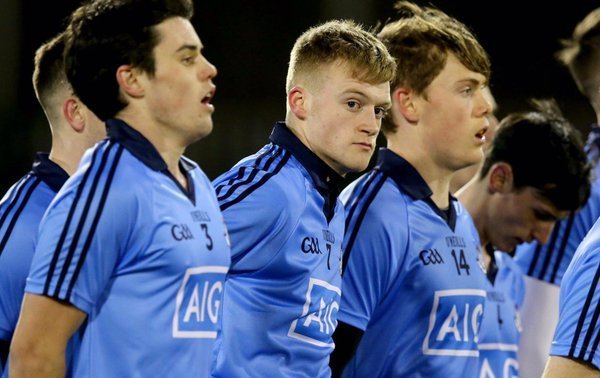 The Dublin U21 Footballers won the Leinster Championship on Saturday by beating Kildare 2-14 to 0-17 after extra time. Cuala had 3 players, Martin Cahilan, Con O’Callaghan and Darragh Spillane on the team. They join the ever increasing number of Awards Cuala Players have won while playing for Dublin.

Con O’Callaghan won the “Man of the Match” award for his performance which saw him score 1-07 (5f) of Dublin’s tally. Dublin will now play Mayo on April 16th in the All Ireland Semi final.

Below are a series of Photos that appeared on Digital Media following the Dubs win.