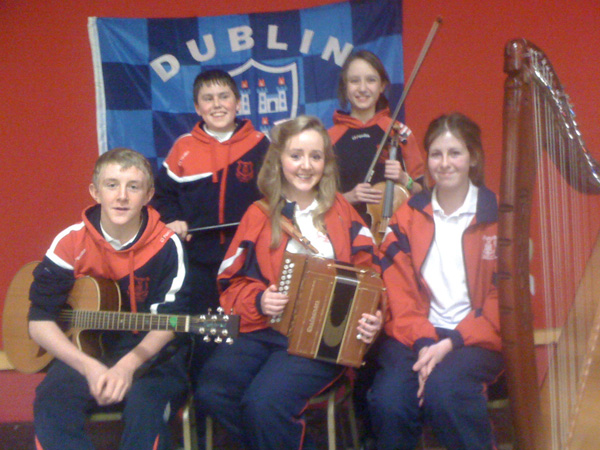 Clíona also won and qualified for the the Dublin final in the amhránaíocht aonair category  with a super rendition of Eleanóir a Rún, winning exceptional praise from the judging panel.

The gang  will keep the Cuala flag flying  at 7.30 pm on Tuesday November 21st in Craobh Chíaráin, Parnell Park in Craobh  Átha Cliath.

We wish them every success.