Now that the election is out of the way and the weather is settling down we might get some real sport in: 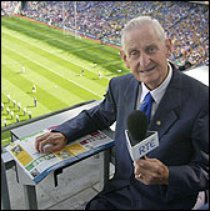