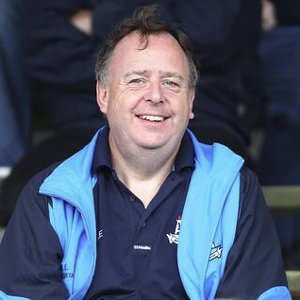 It is with sadness that I inform you of the death of Eugene Egan yesterday.  In light of such news,  we feel it’s appropriate to dedicate this weeks newsletter to Eugene. I know many of you would not have known Eugene but he was just one of those selfless volunteers in the club who made things tick.  I’m not sure I can be any more eloquent than club chairman Declan Murray’s  post on the Cuala website which is included below:

Eugene was among the most dedicated and hard-working members of the club and its management team over the years.  His devotion to the Ladies` section both at club level and County Board level is unsurpassed.  Eugene served the Dublin LGFA proudly as County Secretary for many years and held the position of Irish Cultural and Language Officer up until the time of his passing.

He is best described as one of our great unsung heroes. Throughout his time with Cuala, Eugene devoted  his time and talent to the club and without a doubt we will be a lesser organisation without him.

While many members will be aware of Eugene from his coaching role in the Ladies` Section,  not so many will know of his contribution to the day-to-day running of the club and his input to the various special projects he was involved in.  He has always added hugely to whatever issue was being addressed and indeed his professional attitude and understanding of complex problems was invaluable.

We would like to offer our deepest sympathies to his wife, Elizabeth and family, David, Sarah, Ruth and Gregory on behalf of the Coiste and entire club membership