Cuala Stories is a new series, written by Cliodhna Reidy, where we will be chatting to members of the club from across our wider membership and getting to know what makes Cuala special for them.

Next up is Camogie Coach Niamh O’Connor 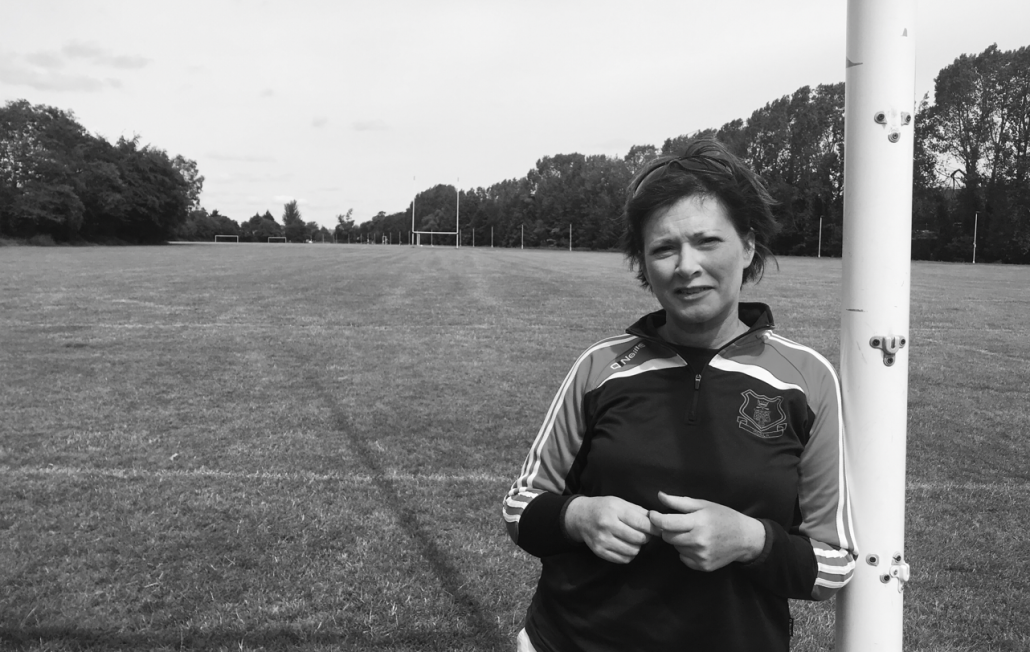 I don’t remember a time without a hurl in my hand. We were a Hurling and Camogie family. That’s how my parents met.

When I was growing up there were no teams for me, so I played out the back garden with my brothers.

In school, I played on the boys team. I was the only girl and initially, that meant nothing to me.

No one thought to put me in shorts though and so I stood out for a mile in my skirt.

I was always a physical player and a girl sometimes getting the better of boys made it worse.

The school had a ‘why not’ approach in the beginning, but eventually they came under pressure from some parents on other teams.

I was old enough to have a good idea of what was going on. Even when they were short on numbers though I still wasn’t allowed to play. That really hurt. I wanted to play on any team, it didn’t matter to me.

As I think back, those injustices really stick in the mind.

It’s a movement that has evolved slowly. I don’t know how it’s changed but I suppose the way we live has changed.

Out of my school friends, I was the only one who played, but because in my household everyone played it was always made available to me. I just wanted to play.

But it’s not always been easy to keep with it. I played a year at division one and it was tough. Although it was a really successful team and I was getting to play, for some reason I didn’t enjoy it as much.

I sort of fell out of love with the game and I didn’t know why I was playing. I loved the team, the competition, the camaraderie but I wasn’t driven just by winning.

I’ve walked off from some of my most fulfilling matches having lost. You have to ask yourself ‘Why are you playing and what is your purpose?’

You can push yourself through the bad days or the bad seasons if you know why you’re doing it.

I really believe Camogie has given me resilience and strength. The ‘yes I can do this’ mindset. When you dust yourself off from a defeat or a tough training session you have to dig deep.

Life is full of challenges. The resources you need to deal with those challenges can’t be bought and you get them unbeknownst to yourself from playing sport.

It gives skills without sitting in a classroom. Skills that stand to you when you hit those walls in life.