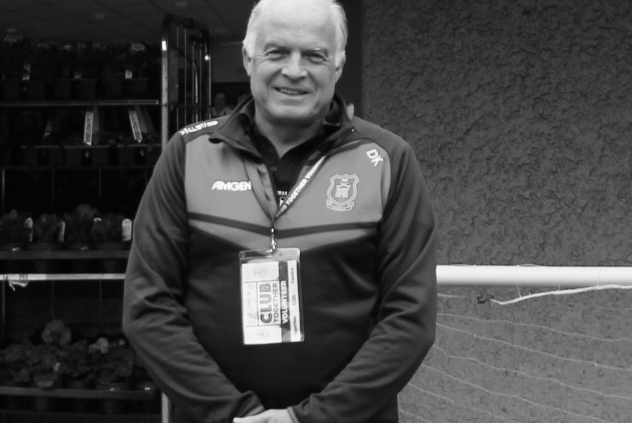 Like a lot of Cuala members, my association with the club started through the kids joining the Academy at age 5 where Damian Byrne would nab you as you walked into the hall on day one and before you knew it you were on a committee!

The Club from that day became part of family life. All timetables revolved around training and matches.

Whether it was as a player, supporter, jersey washer or fundraiser everyone got involved and contributed to the success of the Club.

They gave us highlights and heartbreaks on the pitch and developed friendships that will last a lifetime.

From reaching a Feile Football final in Parnell Park and an U16 county hurling Final in O’Toole Park to winning the U21 County Football Final last year with their 00 counterparts, the 15 years have been a fantastic journey and the lads have represented the Club with passion and pride. They are a fantastic tribute to the Club.

In those 15 years, I always felt a sense of club and community. There’s a can-do atmosphere within the club which we saw in the recent All Ireland Hurling victories.

But this can-do attitude really came to the fore with the advent of Covid 19 and when the call went out to the membership to help the response was amazing.

As a Club our members did over 2000 shops for the most vulnerable in our community, our members walked dogs, put out bins, fixed doors, installed handrails, did laundry, fixed washing machines, recycled and went on prescription runs.

Most importantly, our volunteers were a friendly voice at the end of the phone every week for a chat, and they were a smiling face when they delivered the shopping.

In some cases, our volunteers were the only people some members of the community may have seen or talked to that week. I know that there have been friendships formed that will continue when Covid 19 is well gone.

What struck me the most over the last 10 weeks was that the people who have the least are the most appreciative and want to give something back. From the lady who picked flowers from her garden to give to a volunteer’s wife as a thank you, to the lady who had very little means but wanted to give €5 to the Sean Drummond fund.

There are some amazing people in our community who now are inextricably linked to our Club because of the work of our volunteers. The community have embraced their local Club, some of them for the first time.

I have worked for 30 years plus, but the last 10 weeks have been the most rewarding. I am so proud of the way our Club responded. The volunteers did everything that was asked of them without question and made a real difference to people’s lives.

We all should be proud of what this team of people has done and the sense of club they created in how they reached out to the most vulnerable in a time of great need at such short notice. I want to thank them all so much.