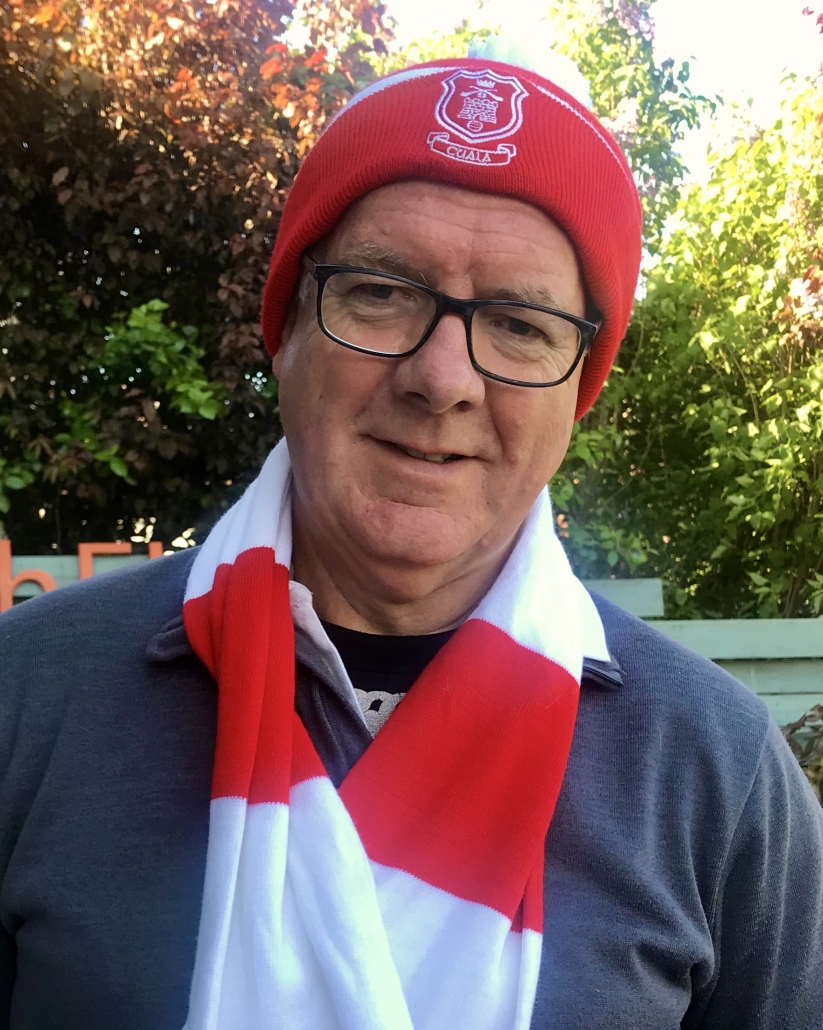 One afternoon in September 1968 in CBS Eblana Dun Laoghaire, a Brother Joe Considine dropped into Frank Hayes’ first-year geography class to ask if anyone was interested in playing football and hurling. Encouraged by one John Sheanon, I put my hand up and two days later found myself cornerback for Cuala Casements U14’s. I moved to full back at U15 and remained there ‘till retirement.

I played football and hurling from U14 to Minor in 1973. In those days, the club struggled to have one team in each age group and some years we didn’t have enough players. In 1975, Pat Sheanon put an under 21 Football team in the Division 2 League. We began with a panel of 17 players, as a no-hopers team.

However, we had youthful enthusiasm, a great management team and commitment to each other. Managed by Pat Sheanon and Paul Keogh and trained by Noel O’Donoghue, the team included Johnny Sheanon, Tom Johnson, Brian Murdock, Mick Holden, Mick Quigley and Pat Dolphin from my earliest playing days. We went through the year unbeaten winning the Division 2 league and then the Dublin U21 Championship, beating Kilmacud Crokes in the Semi and Erin’s Hope in the Final on a replay. By then the Hurlers had forgotten me – or probably recognised my lack of potential!

I learned about defeat in my early Cuala years, followed by many memorable victories. I was honoured to captain Cuala teams twice in my time, for the U21 team and later for the Championship winning Intermediate team, who joined the Dublin Senior Football ranks for the 1st time. Those great years at Junior, Intermediate and Senior brought us from a club with one Junior football team to contesting a Dublin Senior County Final, with three other adult teams. Finally, I hung up my boots circa 1993.

Those teams carry great memories. We socialized like we never had before…or since. I recall the great entertainment us young guys got out of observing the elders of the club battle it out each year for the role of Chairman, back when the AGM’s were held in local hotel bars and often abandoned or reconvened over some issue or other.

To this day some of my closest friends are from those early Cuala years. Looking back, I would say to younger players: Your underage years are special. You win and lose with pals you have grown up with, who may be lifelong friends. Commit to the teammates and management you are selected for. Strive to maximize your potential at any level, and be ready to step up when asked.