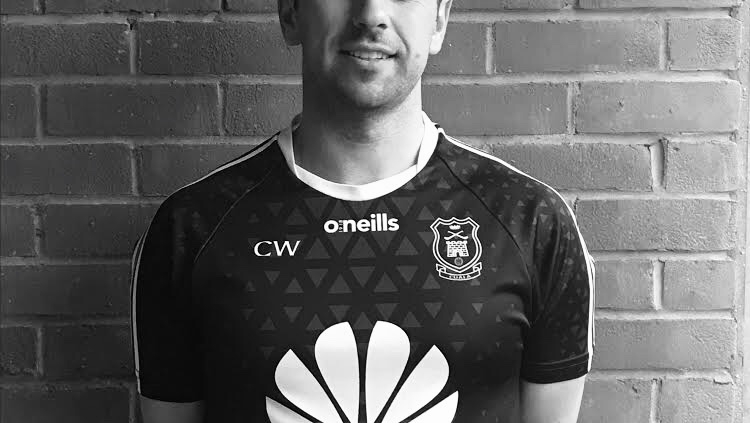 Born and raised in Freshford Co. Kilkenny, we grew up with hurls in our hands. My father pretty much coached every underage team I played on and spent countless hours with us down in the field. To this day, he has probably been the biggest influence on me as a player.

I played in UCD with Simon Timlin and Oisín Gough and in February 2010, Eddie Gough arrived at my house and didn’t really leave me much option but to sign up.

From day one I never felt like an outsider. The Gough’s, Schutte’s, Holden’s, Tracey’s and Harry Roberts were very good to me in those first few years and helped me and the other country lads in any way they could. Since the day I joined Cuala, I have felt like part of the community.

In my first match, I hit three wides’ and ended up in an ambulance…it wasn’t the greatest start. We were a young team and the hype probably got to us when we made it to our first final in 2012, but we learned a lot that year. It gave us confidence.

One of the greatest honours I’ve had came the following year, when I was made captain of the senior team. Then Mattie Kenny arrived in 2014 and things started to take off. Training jumped to another level, our attitude to training changed and I suppose we became obsessed with becoming the best.

As a group, we probably felt we’d let ourselves down in the 2015 Leinster final. We’d won the double in Dublin but what we really wanted was a Leinster title.

The 2016 pre-season was probably the toughest we’ve done. Mattie, Willie Heffernan and Greg Kennedy drove us very hard. As a team, we became really close. We trained 5 days a week and spent weekends in Bray or Abbotstown where sessions could last up to 4 hours.

It’s hard to put into words what Patrick’s day 2017 was like. The game is a bit of a blur but the celebrations after is something I’ll never forget.

Lifting the cup on the steps of the Hogan stand with my brother Naoise, meeting my parents and girlfriend after the game, singing “school days over” in the dressing room and the welcome we received in Dalkey are special memories.

A lot of work goes in behind the scenes like organising pitches, taking care of injuries and fund raising. The likes of Eddie Gough and Declan Cronin were invaluable to us. John Hennessey was a huge part of our group taking care of the dressing room and jerseys on match day, and sadly he passed away just before the county final in 2016.

That was a big blow for us. When we did win, it was a celebration of a cumulative effort. Seeing the joy it brought people made those next few days amazing.

The drive the following year was just as strong. Good teams win, but great teams go back to back – and we wanted to be known as a great team. Two epic games against Na Piarsaigh made us champions again.

Whatever about all the success on the field, I’ve made friendships that will last a lifetime. I suppose when I joined in 2010 I couldn’t have asked for more than that. For me and all the country lads we’ve never felt anything but welcomed from day one. Cuala has become a home away from home for all of us.

The last 10 years have been amazing and I don’t think we’re finished yet. With the talent coming up under Willie Maher, we can only get stronger. When this is all over, we will be ready to go again. Cuala Abú.