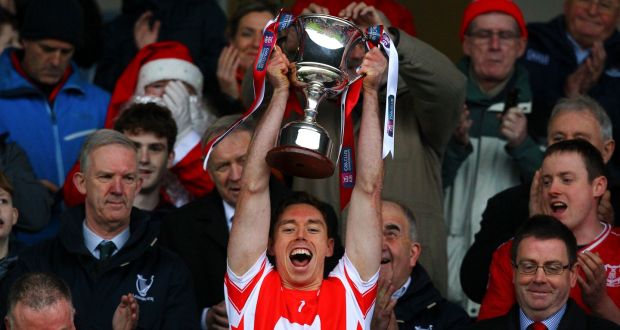 Mattie Kenny’s Dalkey outfit roared into an early 11-point lead and sat on that cushion as 2013 All-Ireland finalists Kilcormac-Killoughey fought back in the second-half.

But the Offaly side, who lost Conor Mahon to a red card shortly before half-time, had simply left themselves with too much to do.

They also failed to convert a 38th minute penalty when a goal would have reduced the deficit to five points and given them some hope.

Cuala, in truth, always looked in control and are the first team from the capital to claim two provincial club hurling titles.

O’Callaghan, a football All-Star and the reigning Leinster club Hurler of the Year, scored 1-2 in the first-half while David Treacy top scored overall with 0-10, all from placed balls.

Colum Sheanon and Colm Cronin also weighed in with a brace of points each early on when the holders enjoyed that scoring burst.

Cuala will return to action on February 10 for an All-Ireland semi-final against Liam Mellows.

Three-in-a-row Dublin champions Cuala couldn’t have asked for a better start and struck 1-8 before Kilcormac-Killoughey managed to get on the score-sheet.

That opening score was a Ciaran Slevin point and Mahon added a goal just seconds later to suggest that it mightn’t be such a one-sided contest after all.

But Cuala still led 1-10 to 1-2 at half-time and looked entirely comfortable all around the field.

O’Callaghan, with 2-6 in their previous two games, was their principal attacker once again and took off on a trademark solo run towards goal just seconds into the contest.

He was bottled up on that occasion but took just 12 minutes to hit the net for the third game running.

He latched onto a long delivery from Sean Moran down the left, spun away from full-back Ger Healion and blasted a shot that deflected in off the ‘keeper.

Enda Grogan was switched onto O’Callaghan after the goal concession with Healion operating as a sweeper in front of the full-forward.

That first Kilcormac-Killoughey score came in the 25th minute and Slevin pointed another free in injury-time.

But they didn’t score a point from play until the 32nd minute and the first-half ended in frustration for Mahon who was shown a straight red card for an incident involving Oisin Gough.

Kilcormac-Killoughey, who moved Ger Healion to full-forward for the second-half, were better after the restart, but needed a goal which never arrived.

Cuala, in turn, were happy to bide their time before hitting the gas again with a succession of scores in the final quarter.

Treacy was excellent from frees while Jake Malone and Darragh O’Connell also got on the score-sheet, intriguingly amounting to an overall of 26 points (1-23) for the third game running in the province. 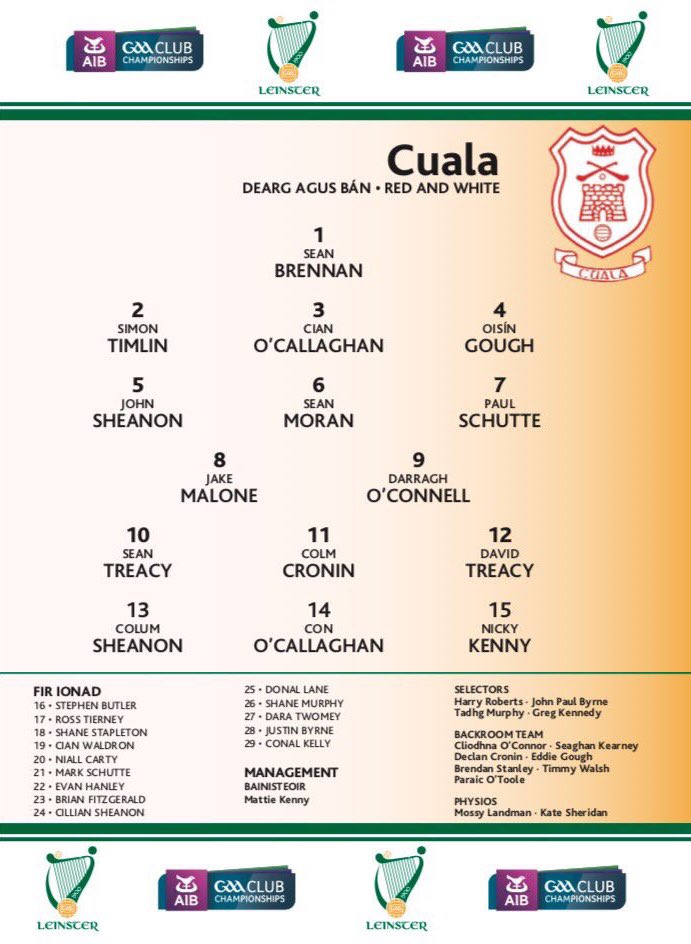 Read the Match Report from We Are Dublin HERE

Read the Match Report from The 42.ie HERE

Read the Match Report from The Irish Times HERE

Read the Match Report from The Irish Independent HERE

Photos in the Cuala Gallery HERE 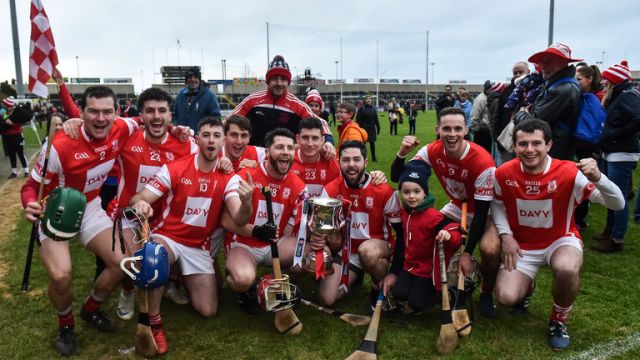