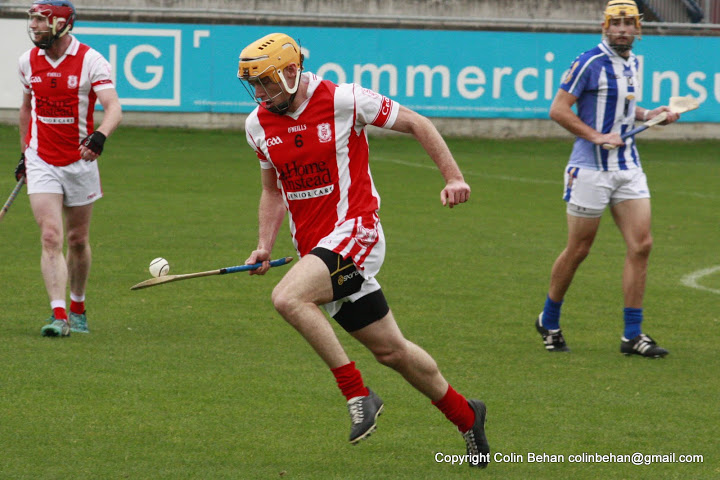 Last Sunday 11th October, our Cuala senior hurlers overcame a huge hurdle when they defeated a star-studded Ballyboden side in Senior Hurling Championship. In a tight, entertaining game, Cuala led all the way with David Treacy unerring from the dead ball.

Cuala led from the off with a combination of good free taking by David Treacy and great shooting by Colm Cronin. However, Ballyboden’s Paul Ryan was soon off the mark landing frees and a point from open play. It was turning into something of a free fest and with marksmen like Ryan and Treacy, it was going to be a proper shoot-out. Good points from play followed from Mark Schutte , Nicky Kenny and again David Treacy and Cuala went in at the break up 5 points, 0-14 to 0-9.

The second half opened in similar fashion but Cuala were making inroads against the BallyBoden defence. Sean Moran took 2 great points and Mark Schutte was starting to really find the range when he added 2 more. Sean Treacy was doing sterling work getting on ball in the full forward line but was getting fouled persistently, resulting in more dead-ball work for his brother David.  The Cuala backline were well on top with great work by Cian O’Callaghan on Conal Keaney and Paul Schutte at centre back. Cuala were now 5 points up and in the driving seat.

The pivotal point of the game arrived when Ballyboden were awarded what looked like a fairly soft penalty. Ryan duly stuck it in the net and it was down to a 2 point game. They followed with another point from play and suddenly the margin was minimal. From there , Cuala dug deep and great points from Colm Cronin, Barry Connolly and again Mark Schutte saw the Dalkey men home on a score of 0-27 to 1-21.

Great credit to David Treacy through the hour ending with a score of 0-14 and Mark Schutte with 6 points from play. Paul Ryan too of Ballyboden delivered an outstanding performance and accumulated an individual score of 1-17 on the day.

Cuala will now face the winners of St Judes vs Lucan in the final currently fixed for 30th October.