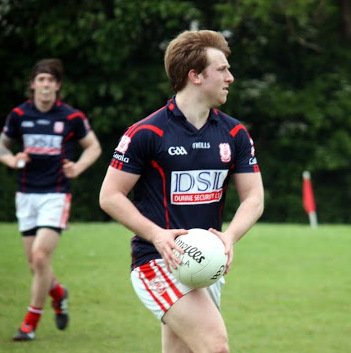 Cuala claimed their third victory in AFL1 on a beautiful summer’s evening yesterday in Hyde Park, Dalkey. Hyde Park is fast becoming a fortress for Cuala’s first footballers and one of the St Jude’s footballers was heard muttering before the game, “I hate playing on this bloody car park”.

On what was recorded as the hottest day of the year so far, St Jude’s racked up three points without reply as Cuala struggled to attune to the pace of the game. They soon settled however, with Colum Sheanon tacking over two lovely points with that cultured style of his — that only requires about 15 seconds and ten yards of space.

St Judes were playing down the hill with the slight breeze in the first half and were taking advantage. Despite being forced to kick from out around the forty by a tenacious Cuala defence, their half forwards were up to the task and slotted some majestic scores to keep their noses right out in front. This Cuala team however, as they have shown before in the Dalkey Dustbowl against St Brigids, are very tough to break down, and St Judes were never more than 5 points in front.

Cuala had the best forward on the pitch in Darragh Spillane and he claimed his first score midway through the first half by beating his man on the inside and slotting over from the 21’. The best score of the half fell to Niall Carty, playing at 12, as he snatched at the ball from all of 50 yards under tight pressure. As the ball crept over, his girlfriend Shauna was heard uttering “I taught him that”.

Just as Cuala narrowed the margin to one, Judes were to break on the counter and with Eoghan Breathnach isolated against two men, the Judes full forward crashed the ball past Darbo in the Cuala net.

1-6 to 0-5 down at half-time and hopes were still high among the healthy crowd gathered Cuala could bridge the deficit playing into the scoring goal in the second half.

They got off to a flying start after an incredible effort by Martin Cahilane right on the sideline splitting the posts.  Martin, previously told never to shoot, was told by Paul Jago after the game that he is now to shoot every time he receives the ball, no matter where he is on the pitch. Martin, was heard telling anyone who would listen after the match that playing for Cuala is infact better than playing for Dublin.

Cuala’s backs hounded St Judes, never giving an inch and the tide was turning just as Niall Carty stroked over a magnificent score after beating two men and snapping at a shot from a ridiculous distance. As Shauna was heard saying, “I taught him that too”, one would have to wonder if his meteoric rise from a rather subdued underage career is indeed down to the advice he regularly receives from his inter-county star girlfriend.

With Fergus Spillane and Luke Treacy playing beyond their years at the back, those watching could hardly understand how, only two years ago, Jake Malone was playing in nets for the minors. He was imperious at wing-back and is certainly one to watch for the future.

Matthew Clancy was heavily involved in everything Cuala did well and the Galway man has added a creative niche that brings Cuala’s forward line up a number of levels. With ten minutes to go Clancy earned a free, slotted over by Ryan Scollard, which brought the Cuala men level. It wasn’t to last however, as not twenty seconds later, Judes had the ball in the Cuala net after a move that started in their own full back line. They added two more points and the game looked dead and buried.

5 points down and 15 minutes to go. Those on the sideline prayed to the patron saint of hopeless causes and considered the irony. The prayers were to be heard though and a frantic and epic finale was to follow.

Judes were not to score again and despite being double marked, Cuala’s most prominent outlet at full forward, Darragh Spillane, led the charge winning a couple of frees and tacking over after a well-worked move as Cuala once again bridged the deficit to a single point.

With the clock ticking and the supporters now visibly agitated, cometh the man. Just like in Shankill against Naomh Mearnóg, and in Dalkey against St Brigids, Darren McBrian, made the long walk up the field in the sunshine to slot over two glorious frees and give Cuala a deserved victory 0-18 to 2-11.

There cannot be many better ways to spend a Saturday evening than watching Division 1 gaelic football in Dalkey under the glorious sunshine. Clubs up and down the county are now starting to dread the thoughts of the long travel out to the poshest part of Ireland to play against what is fast becoming a very formidable outfit. For that, the management team have much credit to take.

As many of the players looked desperately thirsty after the game, Specs and Breathnach raced for the nearest watering hole. When asked if he was going to join the celebrations, the man with the match winning score replied, “No, I’m going fishing in the morning”. 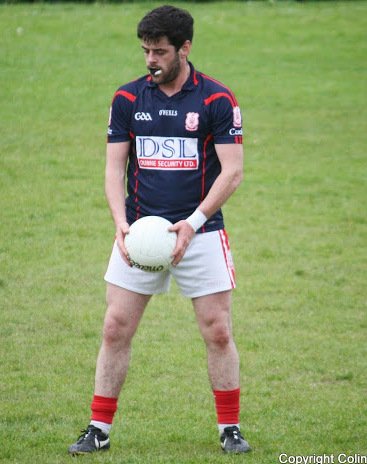