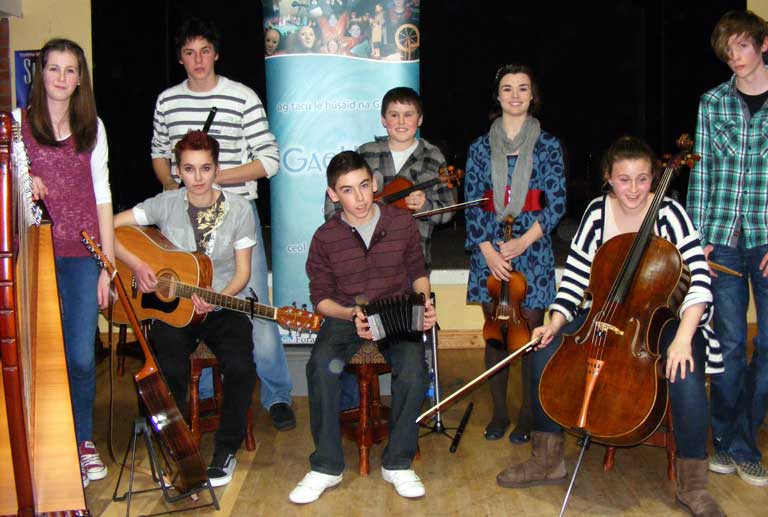 The final of the Gael Linn traditional music competition for young people, Siansa Gael Linn 2011, will be broadcast live from the National Concert Hall tonight Sun 10 April at 7.30 pm. For the second year in a row a local group with a strong Cuala pedigree has reached the Craobh Chomórtas of this prestigious competition for talented young traditional Irish musicians. Buille Lughadha, is made up of members/former members of Cuala and is directed by Michaél Ó Grálaigh (he who directed the Cuala Ballad Group that won the Dublin Section of Scór Na nÓg i mbliaina). Only 8 groups remain following selection by a panel of judges based on live performances by each of a qualifying 32. For anyone with a grá for traditional music it really is a great night’s entertainment so be sure to tune in .. The musicians in question are Clíona Nic Cába, Jack Ó Faoláin, Mícheál Ó Grálaigh, Aoife Ní Chroidheáin, Dara Mac an Rí, Aisling Jarvis, Rónán Ó Grálaigh agus Caitríona Ní Fhionnagáin. Beir Bua