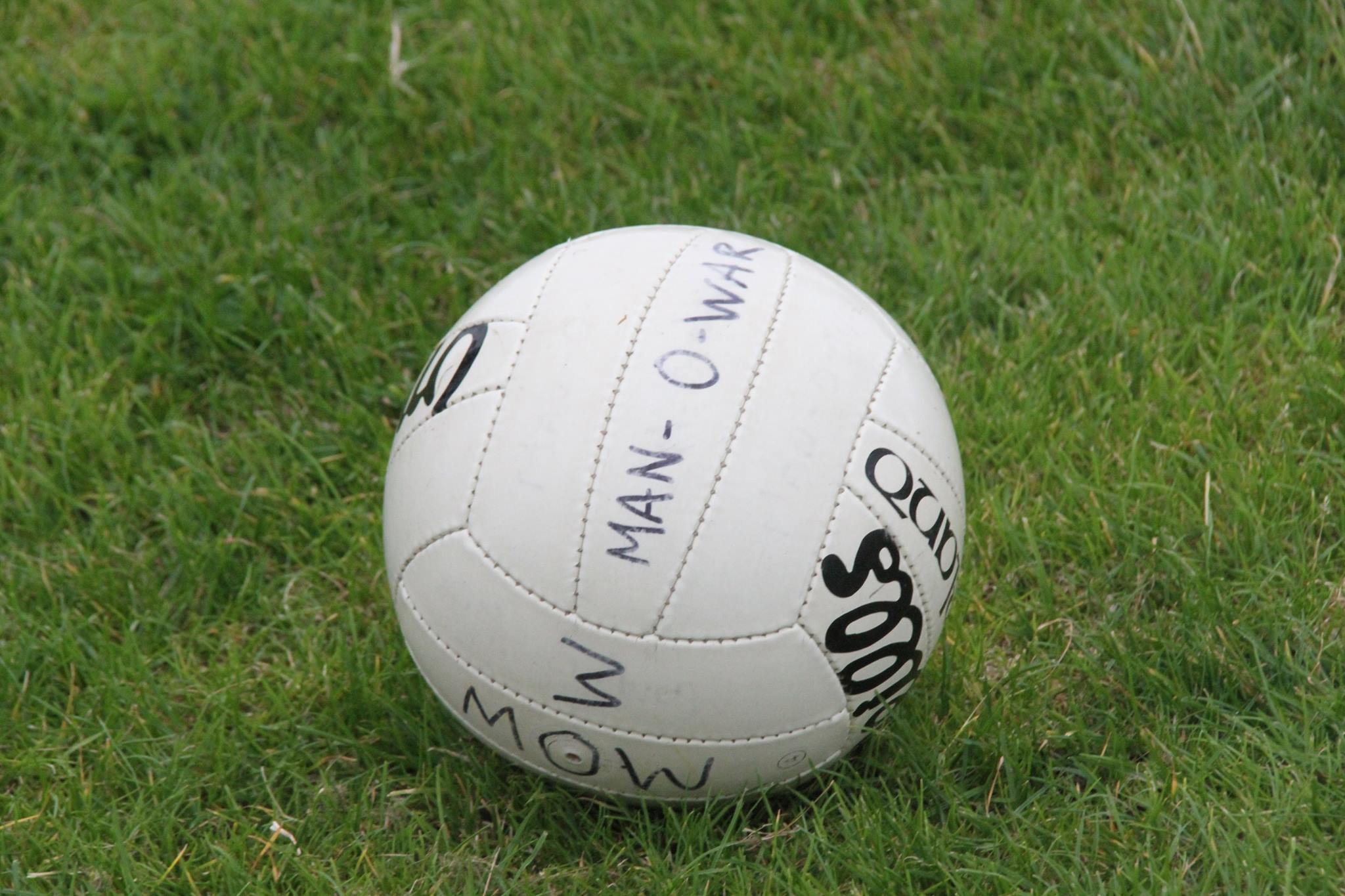 Cuala made the long, rush-hour Wednesday evening trek out to Lusk to take on Man O’War in the their deferred AFL4 fixture. It proved to be a match from which Cuala will have learned plenty. Unfortunately, it was also one from which no league points were gained.

Yet it all started so promisingly. The first move of the game saw Cuala open up the home defence but Mark O’Grady’s shot shaved the crossbar to yield the opening point which could easily have been a goal. Cuala kept up the pressure but were finding it hard to translate their superiority into scores as attacks broke down due to some loose passing. Tenacious defending also contributed to Cuala finding it hard to get the scoreboard ticking. At the back, Dave Sheerin and Ciaran McDermott were particularly prominent in repelling the sporadic Man O’War attacks.  With Andy Power and wing backs Dave McMahon and Jack Flynn particularly prominent, Cuala gradually built momentum on the scoreboard. Points from Dave McMahon, Ryan Scollard (2), Ronan Sweeney, Donal Lehmann, Paul James and Cillian Sheanon (2) were scored over the course of the half. All of these came from play with no kickable frees being awarded despite having a couple of reasonable claims. Free kicks at the other end did contribute to the opposition staying in it as they scored four points in total.

While it was somewhat disappointing not to have put the game to bed in that first half, the match was still very much there for us to take hold of. It meant taking the initiative from the throw in and keeping up the intensity so that we could keep the opposition at arm’s length on the scoreboard.

However, the second half proved to be a feisty affair as the contest turned into a real battle. Playing into a stiffening breeze, the Cuala lads found it hard to get going. Roared on by a vociferous home crowd, the Lusketeers gradually got on top. Their free taker converted the chances that came his way and they eked their way level with 10 minutes remaining. At this point, Cuala had failed to register a score or a wide since half time as they became ever more embroiled in the kind of contest that did not suit the team’s style of play. Inevitably the home side hit the front and went two points clear. Even though Ryan Scollard did drive through to register Cuala’s sole second-half point, the last score of the game came, inevitably, from the Man O’War free-taker and they ran out 2 point winners.

This was, no doubt, a disappointing defeat for this young Cuala team. There were a lot of lessons to be learned from games like this. The intent is to absorb those lessons and execute on what has been learned – starting with our next match which is away to Lucan Sarsfields on Saturday June 17th.