Its alaways sad to see our young club members emigrate and like very GAA club in the country Cuala has bid farewell to substantial numbers over the past few years. But the upcomng departure of Paul McAdam will cast a shadow over many sections of the club. There aren’t many members of the club who were ‘club person of the year’ in their early 20’s and still went on to win Junior A, B and D football championships. No job was too small or too large for Paul and he was always there ar Cuala events , working silently and dillgently to make sure things ran smoothly.

The eldest of 5 sons to Nuala and Peader, Paul first arrived down in Cuala at the age of 7 and has been playing ever since. Always a very commited player, it was his off field activities that also endeared him to so many in Cuala. Paul played at every age level for Cuala and at all levels in Adult football. Paul jets off to Australia Wednesday morning and all in Cuala wish him the very best on his travels. A Cuala man to the core we know he will miss the club, the club will certainly miss him. 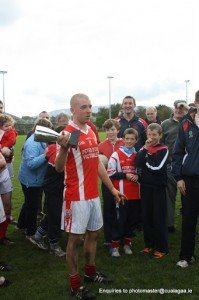 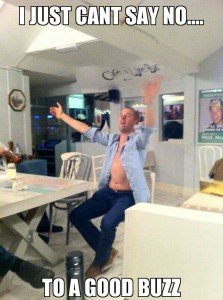