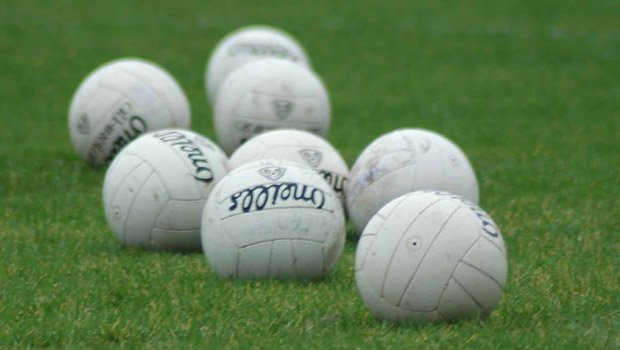 On the hottest day of the year, Cuala footballers got back to winning ways in their AFL4 encounter with Lucan Sarsfields at 12th Lock. It was a much-changed team that took the field with as many as a dozen players unavailable for selection. However, with a number of the third team squad stepping up, Cuala were still able to send out a side that played with their trademark free-flowing style which, in the end, was able to suppress a spirited home side.

Unsurprisingly, with so many new faces, Cuala were slower out of the blocks and Sarsfields made the stronger start and were three points up before Ronan Sweeney registered Cuala’s first score. In this period, Luke Allen, Dylan Treacy and Ciaran McDermott were particularly prominent in ensuring that damage done on the scoreboard was minimal with some fine interceptions. The strong running of Tiarnan Lane and Cillan Sheanon was providing a great outlet for defenders and gradually the Dalkey lads got a grip on the game. Paul James and Lane got the scoreboard ticking before a wonderful flowing move ended up with Conor O’Brien knocking the ball into the net to put Cuala into a lead that they were never to relinquish. The sides traded points to the halftime whistle when the refuge of some shade and water was sought from the oppressive heat.

A fast start to the second half was something that was talked about at half time. And a fast start was exactly what the lads delivered. Conor Bennett won the throw in and the ball was worked into the full forward line and into the hands of Alan McCarthy who duly knocked over the opening score of the half. Ronan Sweeney followed suit soon afterwards. Then Cuala struck for a three-pointer with the ball being scrambled home in a goalmouth melee. It was not a thing of beauty but it was due reward for the strong work ethic that the team had displayed since half time.  Donal Lane was driving forward from centre back and Colman McKenna and Bennett were starting to have the better of it in midfield. James, O’Brien and McCarthy all got on the scoreboard as Cuala stretched clear.  Then, however, a Lucan attack resulted in a penalty being awarded which was duly dispatched to ensure that the gap was enough to keep the home side interested. They began to attack with renewed vigour. During this period, Darragh O’Reilly pulled off a number of outstanding saves as the strong running of Sarsfields from deep began to open up the Dalkey lads’ defence.

Cuala were still dangerous on the break – as Jacob Brennan proved as he stole forward from his defensive role and coolly slotted the ball home. To be fair to Lucan, they never gave up and they plundered two late goals and also kicked some fine points to rack up a decent 60 minute score. However, Paul James had already added Cuala’s fourth goal and he and Sweeney had also kept the Cuala points total on the illuminated scoreboard moving forward in the final ten minutes to ensure that Cuala ran out worthy winners.

This was a tremendous win in which the lads who stepped up featured prominently. After an understandably slow start, the team gained a foothold in the match and the football flowed from there. Not everything went right but the character and skill that were on display were unquestionable. And when fresh legs were needed as the oppressive heat took its toll, every substitute that came on slotted seamlessly into the role allocated to them. All of which augurs well for the future of this young team as it finds its feet in the new higher division.

Next up is St Finians in Swords on Wednesday June 28th