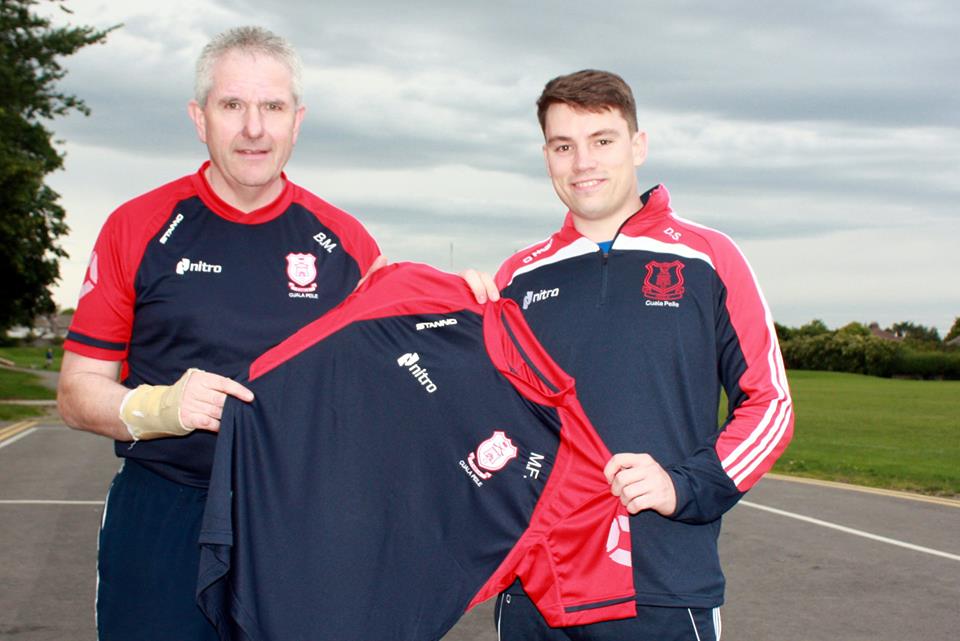 The Cuala Adult football section took the occasion of their Adult Football League Division One league game against Thomas Davis to unveil their new training and leisure kit that has been sponsored by Nitro. The well attended match turned out to be an exciting well contested game that ended with the spoils shared on a scoreline of 2-12 a piece. Match/Presentation Photos

After the match David Sheeran from Nitro presented the new kit to Brian Mullally, Chairman of the Adult Football section. This is the second year that Nitro have generously acted as the principal sponsor of the football section. Cuala are currently fielding four adult football teams and the senior footballers are currently placed mid table in division One following last season’s promotion. It is the first time in the Clubs history that they have played at this level. The second and third teams are currently contesting promotion from division five and division eight respectively and the fourth team are lying mid table in division ten. Cuala is one of the biggest dual clubs in Dublin and many of our players play football and hurling. With the Clubs juvenile and minor sections thriving Cuala are planning to field a fifth adult football team next season. 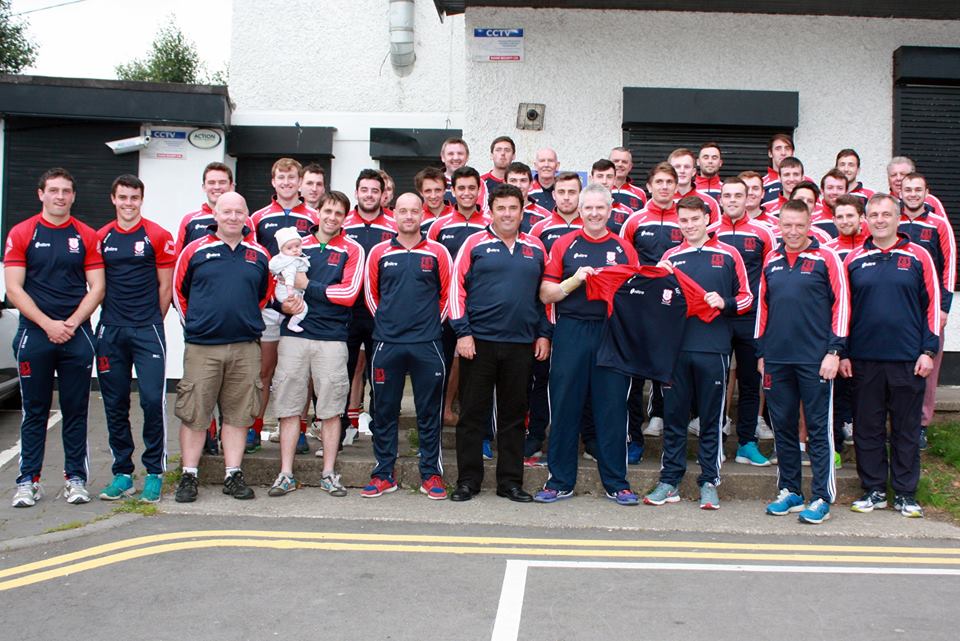