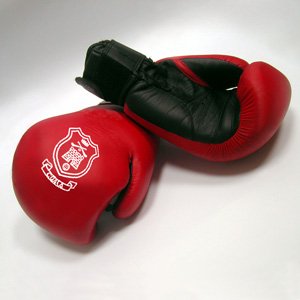 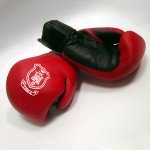 Key dates for Cuala Fight Night have just been confirmed with the 10 March being set for the fight itself  and the Official Weigh-in for 3 March.

But supporters of various camps will be aware that training has already started for what is being dubbed  “The Battle of the Cuala Warriors” and all agree we’re in for a mighty evening.

Meanwhile, news is reaching us that one of the lady fighter’s, Emma ‘Hands of Stone’ Schütte has revealed to reporters outside the boxing gym that “I’ve been training since November when I heard that the Night was going ahead. I decided to go off the smoke’s – and the drink too.  I can’t wait to get into the ring and, to be honest, I want to fight one of the Lads.  I’m confident I can take them“. The Killiney native has been on a strict diet and training program and she also disclosed her long term goal, “I want to dispose of Katie Taylor in the Irish Nationals and then obviously head to London in the Summer.  If I’m not in the Medal’s I wont be happy“. This new fish has taken to the Boxing like a duck to water! 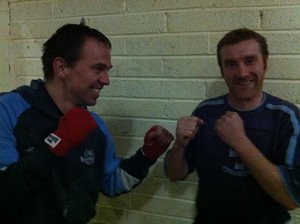 Barring knock-outs, each contest will be made up of as many as 3 Rounds and organisers are concerned there may be confusion among numerically-challenged spectators about how far a fight has progressed.  Cuala’s Hatchet Man, Ronan “The Jaw Breaker” Murdock has identified the solution “It is imperative that we have “Ring Girls” to carry the Round Numbers (They’re usually square numbers Ronan!), My girlfriend Niamh might be interested; sign her up and sure I’ll let her know about it closer to the time“.  And Offers are arriving from quite a few of Cuala’s “Pin Up Boys” Dan Keating and Scotty O’Brien to mention a few! 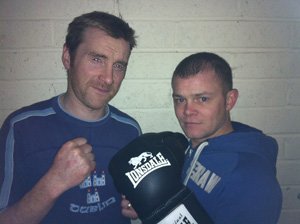 Fight Promoter,  Mikey “Thank You Very Much” Bernie,   reminds us that each Fighter wont just be in it for the bragging rights . They will be looking for Sponsorship so any help would be much appreciated.

Tickets will go on sale in early Feburary

The Ring Is Nearly Full

The Gloves Are Off For Cuala Fight Night