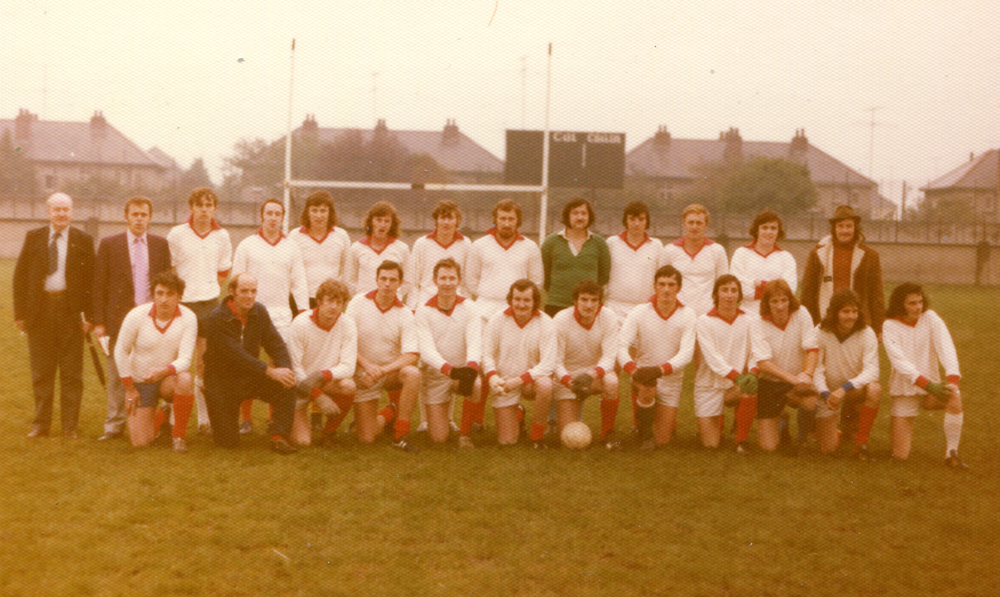 Cartlann Digiteach Cuala is thankful to Paul Keogh for supplying this image from 1973 when a “Cuala” team won their first Adult Football trophy for Dalkey – An Corn Plant – after a replay in Bohernabreena in conditions that were so wet that PJ Holden broke his leg.

Here are the full list of players. We are still hoping someone will be able to identify No 14.