The Dublin Camogie County Board Annual Awards presentation was held at the Jackson Court Hotel last Saturday night and Cuala were winners of one of the most prestigious awards, the medium size Club of the Year award. The award is a great achievement for Cuala and another significant milestone in the continued rejuvenation of camogie in the club. The award is also great recognition of all the hard work put in by a dedicated group of players, coaches and mentors over the past number of years. In 2013 Cuala won camogie titles at U13, U14, U15 and Minor level and Cuala representation on Dublin county teams and development squads is also on the increase including 4 Cuala girls selected on this years U16 county panels. Most significantly however, of the 42 Dublin clubs playing camogie, Cuala now have the third largest number of juvenile girls playing, with 375 players registered in 2013, and all from a position of having no juvenile camogie teams a short 9 years ago. This year will also see Cuala enter a team in an adult camogie competition for the first time since 2008, another important step in re-establishing Cuala as one of the top camogie clubs in the County. The award was accepted on behalf of the club by Síle Wallace, Donal Murphy and Fintan Quill from Cathaoirleach Pat Martin 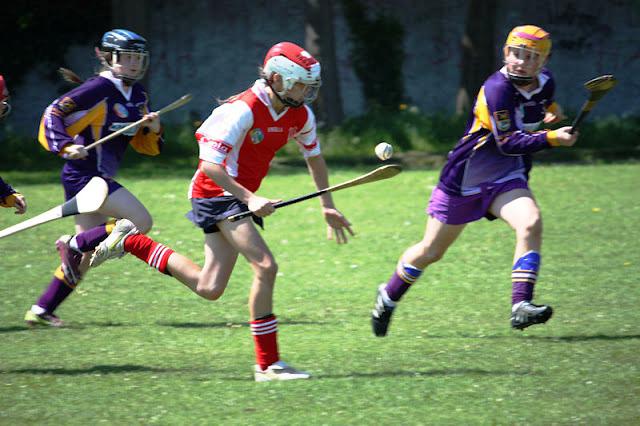