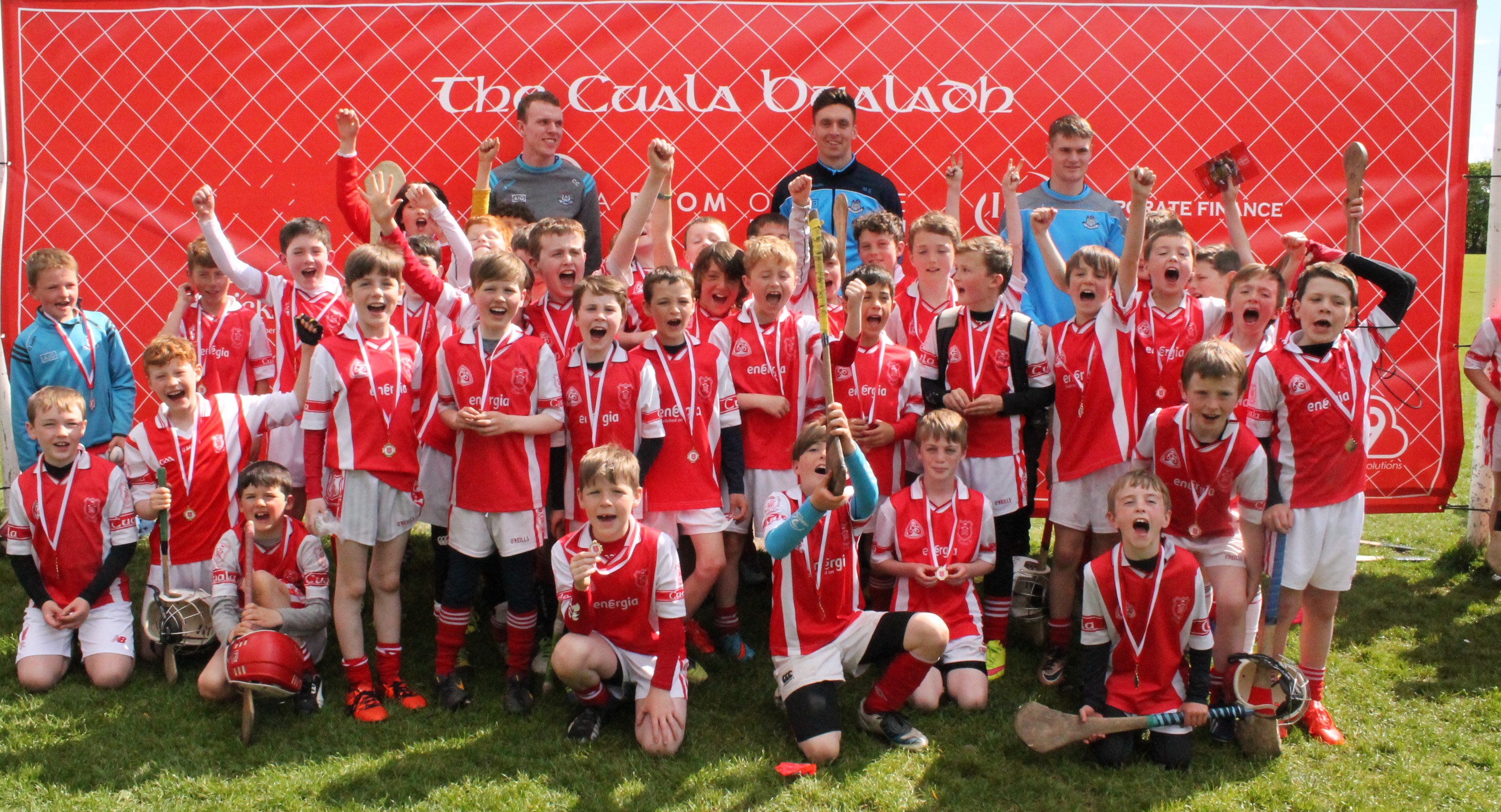 Under a clear blue sky the inaugural Cuala Bualadh got off to a brilliant start in Thomastown on Sunday 22nd May.  The aim of this new Cuala event is to provide every player with a memorable experience where they bond with their team mates, value their club and meet with clubs outside their counties and provinces.  It was great to host those who had looked after us on our recent road trips and tournaments; Ballinkillen, Dicksboro and St Kevins who were amongst the 12 visiting teams from Dublin, Carlow, Kilkenny, Meath.  The 300 U9 and U10 hurlers present were the stars of the Cuala Bualadh as Go Games met Intercounty Feile in the sunny atmosphere of Thomastown.

Over the course of the day we had 48 games refereed excellently across 6 pitches by our Minor referees.  After hurling in the sun, rehydrating with juices and refuelling with sandwiches, buns and sweets the tournament was closed out with a round of finals that saw every team deliver great performances. The closing ceremony was capped with the arrival of Cuala’s County Championship Winners and Dublin stars Colm Cronin, Cian O’Callaghan and Mark Schutte who shook hands, presented medals and signed hurls for the 300 hurlers.  A massive thanks for the lads for giving over two hours of their time less than 24 hours after their big game versus Wexford.  Each participating team got a team photo for life and no one was shy in shouting “CUALA BUALADH” for the photographer!

We are already thinking ahead to Cuala Bualadh 2017 where focus moves to the bigger ball but overall it was job well done as we achieved our goal of bringing a gathering of 300 hurlers to Cuala for a memorable event.  Massive thanks goes out to the 100 volunteers across 2006 and 2007 Boys who dreamt, planned and delivered the Cuala Bualadh.  Coaches, Mentors, Volunteers, Mums, Dads all contributed proving that when everybody plays a part, no matter how small great things can be achieved!  A big Cuala Bualadh Bus all round !

Check out the Cuala Bualadh Photos in the Cuala Gallery

Check out additional Photos of the Cuala Bualadh here