Cuala GAA Club is pleased to announce the appointment of a new management team for our Senior Hurlers.

John Twomey has been appointed as team manager and Eddie Brennan as team coach.

John Twomey captained the Dublin Hurlers to a Leinster Final in 1990 and played for the county over a period of nearly ten years. He won Dublin Senior Hurling and Football Championships with Erin’s Isle but has been an active member of Cuala for many years.

Eddie Brennan is recognised as one of the all-time great forwards to play the game. A long career with Kilkenny saw him win 11 Leinster titles, eight All Ireland Titles and four All-Star Awards. His management career has included spells with the Kilkenny U21 Hurlers where he won a Leinster Championship Title, and with the Laois Senior Hurlers.

They take charge of a Cuala team that are the reigning Dublin Senior Hurling Champions and who have won two AIB All Ireland Club titles in recent years.

Willie Maher led the team to their most recent County title but stepped away from his role in November. 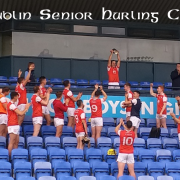 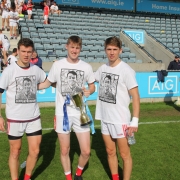