The 2017 season pitch action finally ended on Saturday 2nd December as the U21 championship challenge came to a halt in the semi final v Na Fianna, who for the record went on to win the title. So, it was time for the closing event off the pitch – broadly described as the player awards. The Druids Chair was the venue and at the outset we would like to express our thanks to Ciaran and the rest of the Druids Chair staff for the venue and hosting. 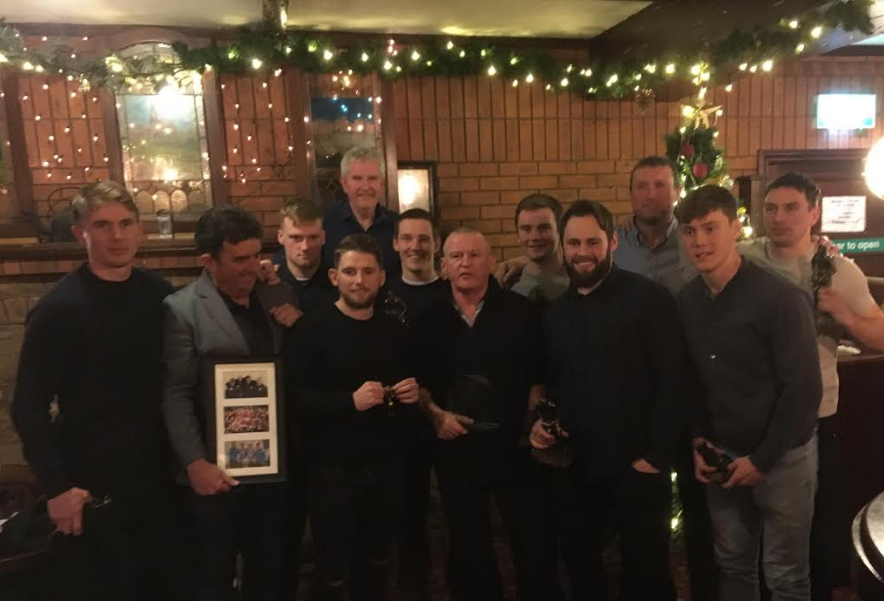 Our esteemed chairman and chief organiser of the event, Brian Mullally, acted as MC for the night and opened proceedings by welcoming the great turnout of players and the attendance of the Club Chairman, Adrian Dunne, and our Club President Johnny Sheanon. He also acknowledged the absence of Gerry Killion who was unable to attend due to passing of his father in the past week.

So on to the awards.  As Brian said it was a tremendous and proud year of achievements for the adult football section and particularly emphasised the special status of these player awards as it was a vote from their fellow players. In order as they happened on the night:

All Ireland Championships & All Stars

Des Cahill spoke highly and eloquently (as he does) on the great achievements of so many club players at inter county level in 2017. It is something the section and club is very proud of. Not only that, but there is also plenty of reason to be optimistic on the future of the club with the stream of talent coming through from underage and minor, reflecting the hard work being put in by coaches, mentors and throughout the club. It has been a record year and only fitting that the club recognises the achievements of our top players in 2017.

Probably the most popular award of the night was presented to Ciaran Irwin, who for the first time in his life was lost for words. In his tribute to Ciaran, Club President, Johnny Sheanon, echoed the sentiment of all in attendance on why the award was so deserved. Ciaran not only has a long association with the club but has done so in every capacity – player, manager, mentor, coiste, various committees, fund raising and always makes himself available when the call goes out. Johnny put it best by describing Ciaran as the role model that club volunteers should aspire to. A richly deserved award. Congrats Ciaran.

Final award of the Night: To A Player Outstanding In His Own Field.

Hard to do justice to the thought and presentation that went into this award. 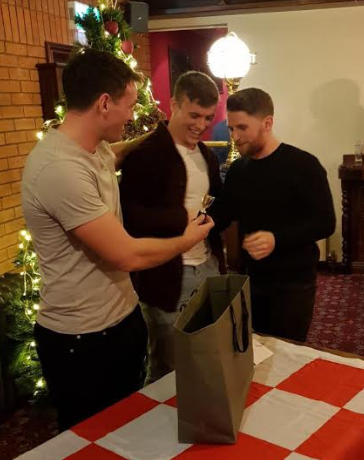 For the record, it was a player’s award to the player rated highest in a field other than the playing field. The winner was Luke Keating. For the curious readers who want to know more – well you will have to do your own research.

And with that the curtain came down for the last time on 2017.

Congratulations to all our winners