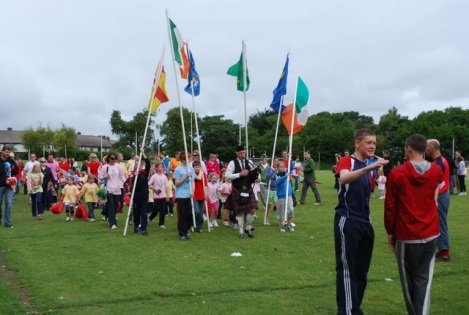 The Cuala Academy mini all Ireland is the established end-of-season event for Academy kids.  It’s a showcase for the scale of the academy and the enjoyment and skills for the kids who participated throughout the year. 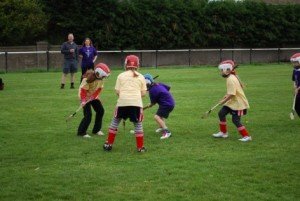 Registration will take place at Academy training on Saturdays 10th, 17th, 24th May. Registration fee is €20 per child.

Each year/gender will divide into teams and play games against each other.  The teams are balanced to allow for maximum enjoyment and participation. Each team is named after a county and each player gets a team t-shirt to wear for the matches.

Each team plays 3 matches on 2 weekday nights (3 football, 3 hurling; total 6 matches).  There are no winners or losers in any league.

Saturday 22nd is the big final day with a parade through Dalkey to Hyde Park followed by 2 matches for each team. This is followed by presentations, photographs and a lunch pack for kids/bainisteoirí.

le of games will take place.  At the end each child gets a trophy and a lunch pack.

We will encourage families and supporters to make banners etc to build atmosphere for parade and final matches. We’ll have over 350 kids playing and another 600 parents/siblings/grandparents in Hyde Park on the Saturday.

Ancillary activities such as simple face painting, t-shirt sales will be encouraged.

After the awards the 2004 Boys & Girls are playing some matches and we also have Gaelic for Moms and Gaelic for Dads matches.

–          Every parent is welcome to be a Bainisteoir, no experience necessary & it’s great fun 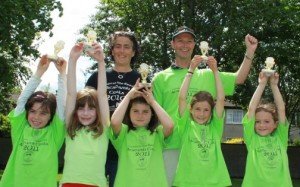 –          Must be present for their two weekday evening sessions & Saturday